A Visit to Pulpit Rock

A Visit to Pulpit Rock

The plan was to hike to the top of  Preikestolen or Pulpit Rock in English. It is advertised as the most famous single tourist sight in Norway. 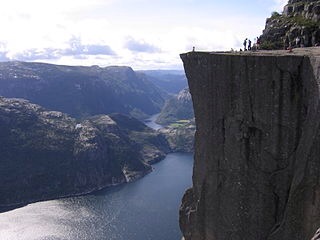 We awoke close by the jump off point for the 4.5 mile round trip with a 1000 ft elevation gain. We knew this was within our capabilities but it would be a challenge. At the desk of the hotel there was the weather report. The girl at the desk said that it would be raining atop the rock all day.

We have done our share of hiking in the rain in our travels. This time, however, I chickened out. I figured to do the hike and reach the top in the clouds was not a great idea. This is heightened. Y the awareness that rocks are slippery when wet and the 1600 foot drop into the fjord would be unpleasant. We changed plans and took the ferry to Stavanger. To my dismay the weather was better in Stavanger. It seemed that I had erred on the side of caution too much. Besides, since it is Sunday everything is closed. 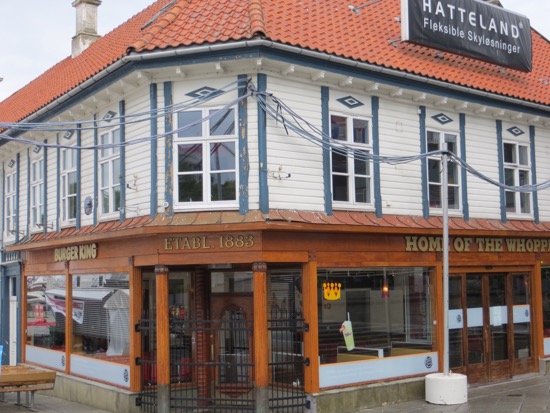 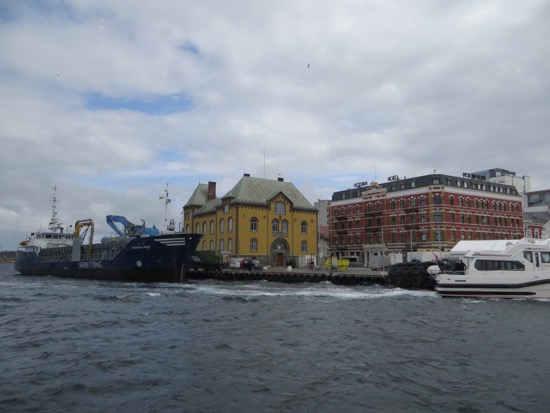 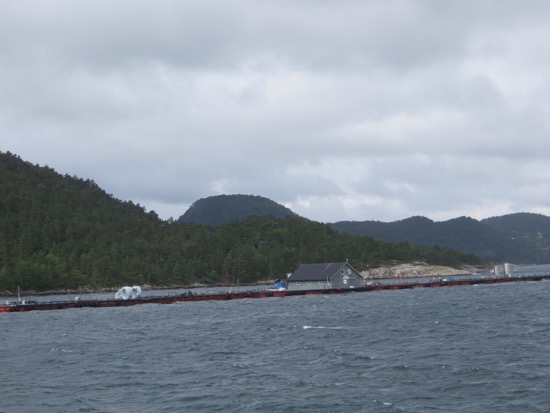 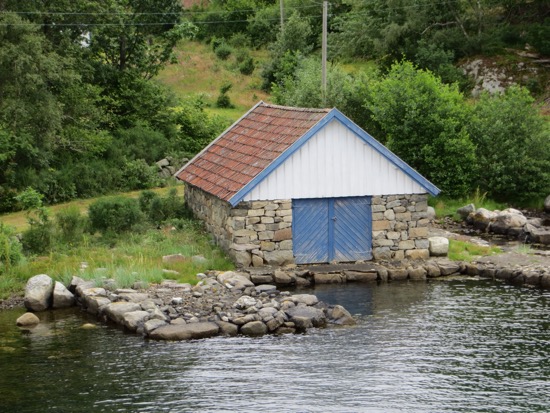 We decided to take the fjord cruise to Pulpit Rock and the Lysefjord over which the rock presides. The fast boat took us and another hundred tourists on a tour of the local waterfront before heading to Lysefjord. The sun wasn’t out but it was pleasant. It is nice to see the vacation ho,es on the almost endless waterfront. It seems that every Norwegian has so,e kind of cabin or place to go on their many holidays and vacations. 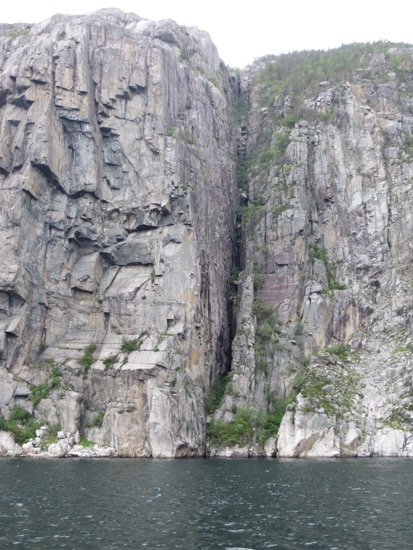 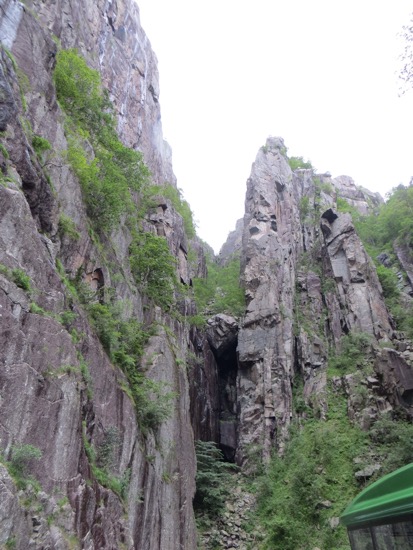 We saw a couple of sights including the rock with the heart shaped wall that was said to be the heart of a troll who fell in love with a human girl. I wasn’t convinced of the veracity of this tale, I was more comfortable with the bandits hole up on the side of a rocky cliff. Authorities in pursuit gave up after the thieves bombarded them with rocks. The boat got us close enough to feel those rocks. These were the best pictures of the day. We also saw some goats that appear for the tourists as the boats feed them. The seagulls also like the food, 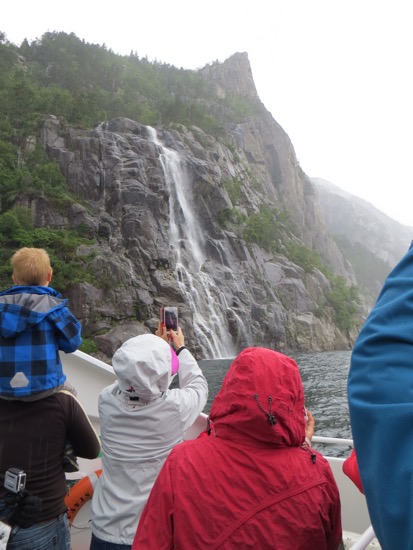 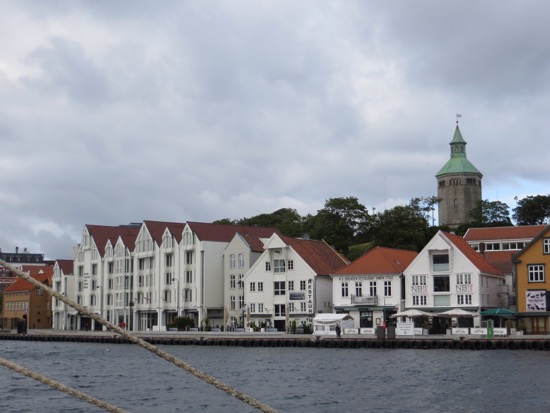 We finally reached the base of Pulpit Rock. We see up,a few hundred feet into the cloud and rain. It was pouring and it was hopeless to see the top. While it was disappointing, I felt somewhat relieved that we were down at the bottom in a boat rather than being swept of the top by the hurricane force winds. I may be exaggerating a bit but not much. The tour boat captain tried to wait but to no avail. We left sad but also relieved that we had made the right choice.

They took us by one more highlight. There was a waterfall that reached the boat. They had built it up as quite a big deal. After the other waterfalls that we have seen in Norway, it was small potatoes. It reminded me of the scene in Crocodile Dundee when the street thugs pull their switchblade on Dundee and pulls out his real knife about a foot long. It was fun to see everyone snapping pictures and selfies in front of this relative trickle.

We headed back and both of us promptly feel asleep. 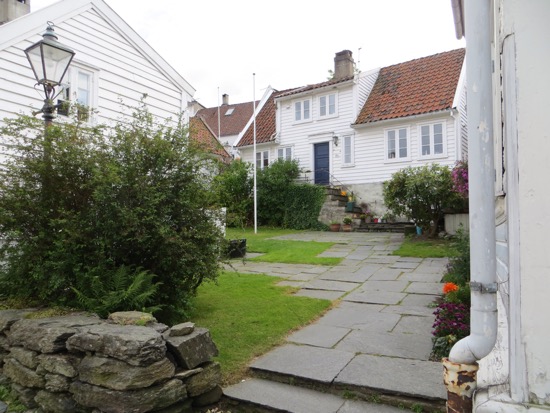 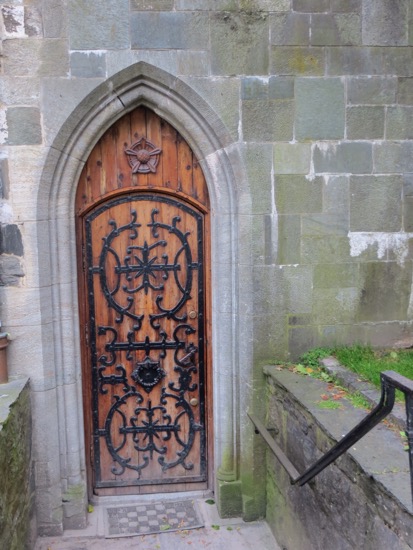 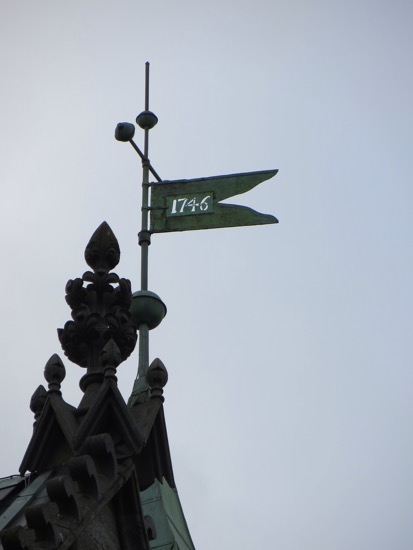 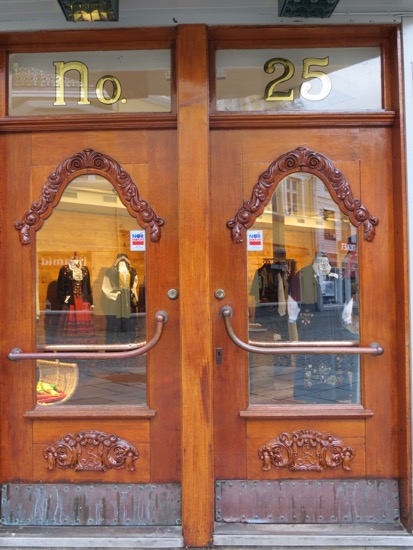 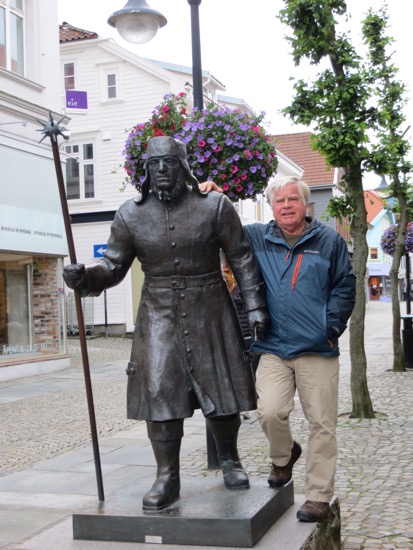 After a needed nap we headed out to look around town. Stavanger is the center of the North Sea oil business. There all kinds of oil related  facilities and ships whose task is to support the oil platforms that help supply Norway’s national wealth. Unlike the Arabs, the these Viking Arabs are investing their money in infrastructure and sovereign wealth fund. I understand that this fund is largest in the world despite there being not quite five million Norsk.

We wandered around the old residential section of town. The white houses reflect the sea heritage of this city. Paint stores only need on color or should I say lack of color – white. They need small quantities of other colors;for the doors. The old cathedral was picturesque from the outside. Window shopping was fun and cheap. I guess we will pole in a few tomorrow before leaving. We are also heading to the National Immigration Museum to lol,at the Moen records,

5 thoughts on “A Visit to Pulpit Rock”