Left Coimbra in the rain. Drove in the Rain. Arrived in Batalha at the Monastery of Santa Maria in the rain. Mostly dry inside with not a monk in sight. The place was founded by John I after an against the odds victory over the Spanish in 1385. In the Founder’s Chapel lie John and his English wife holding hands in eternity. The picture focuses on their crowns and heraldry. The three lions are symbols of English royalty. I had always wondered where the centuries long friendship between the English and Portuguese started.

Also buried in the same room is Prince Henry, the Navigator. He is the one who created a naval school and offered prize money for sailors to discover a way around Africa and on to the spice islands.

The church is late Gothic or flamboyant style with the elaborate Portuguese decoration called Manueline. Quite impressive. Sorry for the art history stuff. 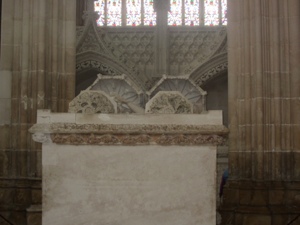 John and Phillipa of Lancaster 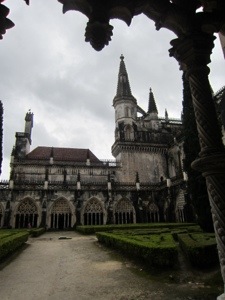 The place was tranquil and calming for harried travels. The rain was becoming somewhat intermittant. 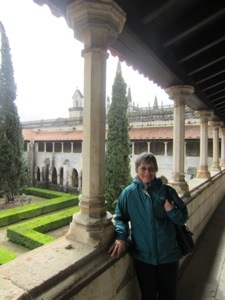 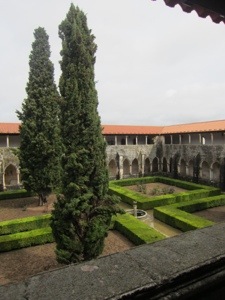 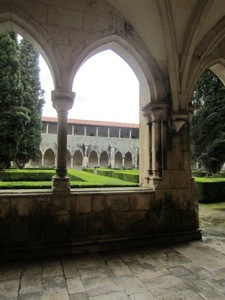 Back on the road to Nazare on the coast. Still raining. Found the hotel after some driving by it a couple of times. Needed Prince Henry with us. No, Peggy is doing fine. Checked in. Still raining. Decided to eat and see if the rain let up. Had a delightful meal of mini-squid. I got past their tiny eyes staring at me and ate them. Peggy had grilled cod. Seafood is the deal in Nazare. By the way, the name comes from the Black Virgin statue that was brought here in the 7th Century from Nazareth by Portuguese fishermen. 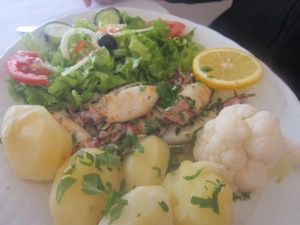 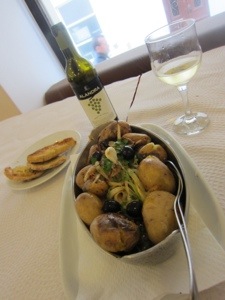 Rode the funicular up the town of Sitio that overlooks Nazare. 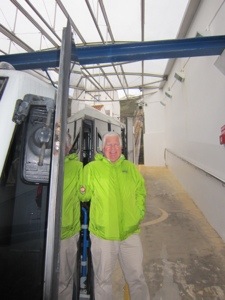 At the top is the shrine dedicated to Our Lady of Nazare who hid in the rocks for 400 years while the Moors controlled this part of Portugal. There is a small crèche at the bottom of the slippery stairs. 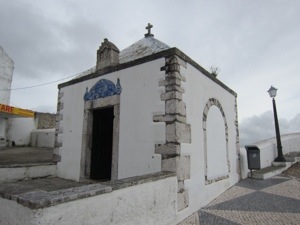 Besides hiding in the rocks, she help save a over enthusiastic hunter by appearing just before he followed, Wiley Coyote style, a deer over the cliff. Peggy likes cliffs. 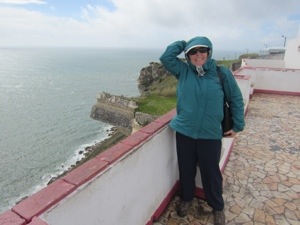 It isn’t raining. Just a 40 mph wind. Went into the church of the Black Madonna but did not have the chutzpah to go behind the alter with a service going on. 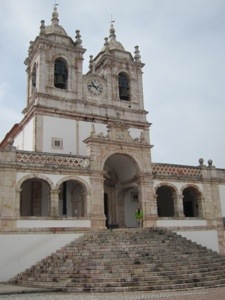 Found the Bull Ring. Thankfully closed. There are a number of butcher shops across the street. 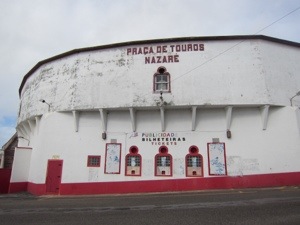 On to the barnacles. We had summoned up the courage to sample a local specialty, barnacles. Supposed to be somewhere between corn nuts and clams. This was especially important since Peggy wimped out on the lamprey last night. So after walking down three hundred stairs from Sitio we began our barnacle quest. To our dismay the barnacle ladies were not out. There was just on ancient lady selling some kind of nuts and figs. We finally realized that barnacles are not in season until April. Missed it by one week.

Did see the cute old ladies in their long socks. Plaid and striped seemed to be the most popular. Evidently this outfit is customary of the fisherman widows. 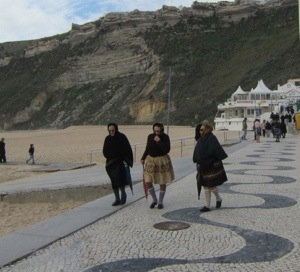 Peggy wanted me in this boat looking for barnacles, but I convinced her that she was not ready for the striped socks and bandana combination. 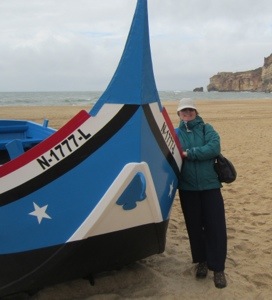 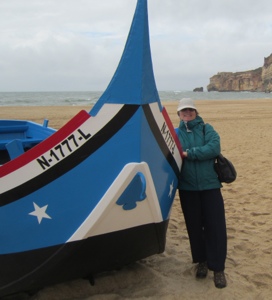 One thought on “Monasteries and Barnacles”