Before researching this road trip, I had never heard about the Black Canyon of the Gunnisom National Park. Suddenly it was on the itinerary and here we are. What sounds ominous is actually just an amazing natural phenomenon created over a long time. The Gunnison River had been flowing from Gunnison over this region. Movement of the earth created the Gunnison Uplift. The river just kept cutting through the landscape as the land rose.  Today the cut is nearly 3,000 feet deep and frequently as narrow as a quarter mile. The result is a spectacular rift in the earth where the sun only reaches the river for the briefest part of the day. Hence, we have the name Black Canyon.

We left Mesa Verde around 8 and reached the spiffy tourist-ski town of Telluride by late morning. We walked the Main Street that was decked out for the 4th of July. Very colorful and prosperous. The town was initially called Columbia, Colorado but the postal service told them that there was too much confusion with Columbia, California. I am not sure there would be confusion today. Telluride is also famous for being the test case in us using AC current instead of DC. Dr. Tesla, not the car, promoted AC current as being more efficient. Tom Edison and his direct current lost out. Tom did alright anyway. They also dug a bunch of gold, silver and lead in the area before turning to tourism. 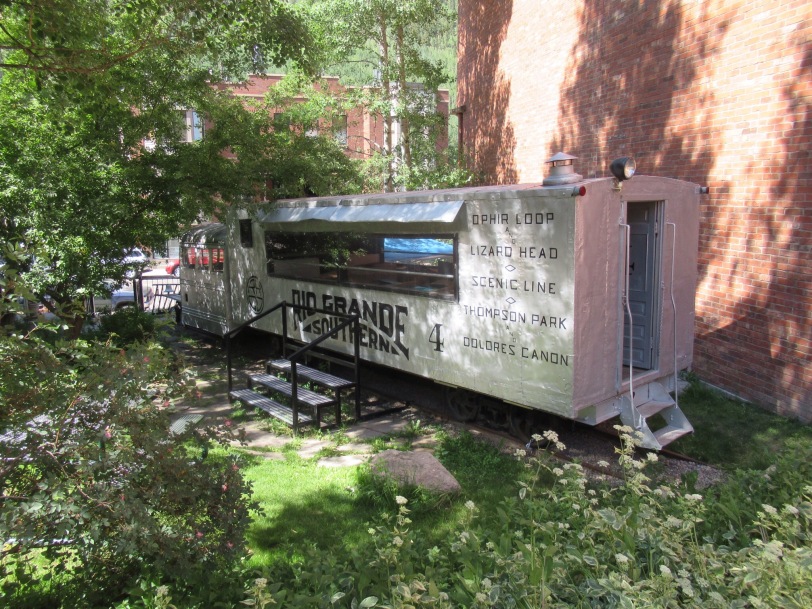 We arrived at the park a little after noon and secured a camp space on this busy weekend. After our picnic lunch we embarked on an effort to see the canton from the rim. Essentially, you drive from view point to point. Many of the points involve walks of several hundred yards each way. The distance adds  up by the end of the day. Before I forget, I will try to recount the high points and some of the scary ones. We have plenty of pictures to back up this special form of insanity. 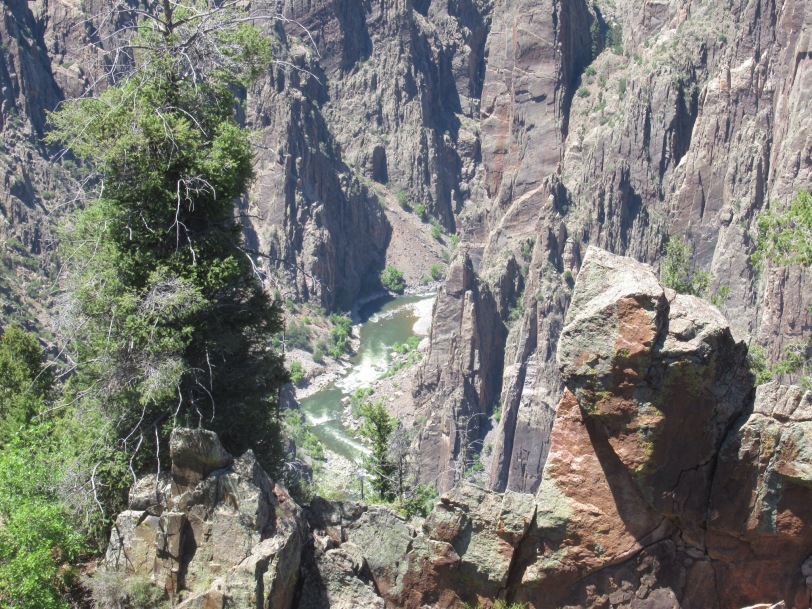 Stop one at Tommicho Point gave us a preview of what was ahead. The Visitor Center was pleasant and not too busy. The best part was the trail to the overlook. Gunnison Point was the first time to see the river far below and to sense the grandeur of the scenery. Our next stop was Pulpit Rock. The Rock is not quite as dramatic as the one in Norway. ### what do you think    Sande?But we reached this one instead of being rained out. By this time Peggy was egging me on to make more dangerous poses. For me they are a 9 or 10. For most normal people they would be a 4 or 5 on the spooky meter.this was particularly true at Rock Point and Devil’s Overfook. I was convinced that the computer artists who created the scene in the Last Crusade Indian Jines movie where Indiana crosses the Leap of Faith chasm had this place in mind. Your mind becomes distorted with the seemingly impossible depth and steepness of the canyon walls. 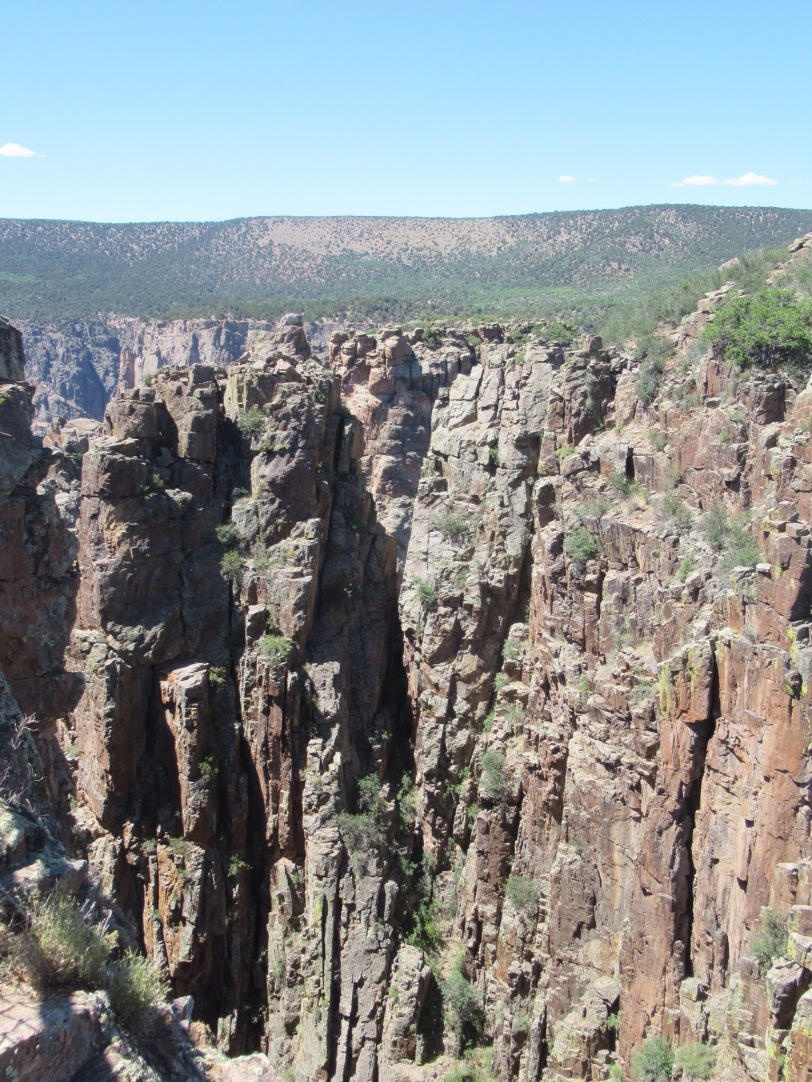 The Painted Wall is higher than two Empire State Buildings and is solid rock although marbled like a good T-bone with light volcanic intrusions. One does not too much imagination to see the image of a Dragon that was created on part of the wall. By the time we got to Sumset View, we were pooped. Fortunately from here you could see where the Gunnison River emerges from the canyon. at the next stop were could actually see the green, rolling farmland that is downstream from this massive uplift. This final view summed up the experience. The Black Canyon yielded daylight and sunshine at the end. 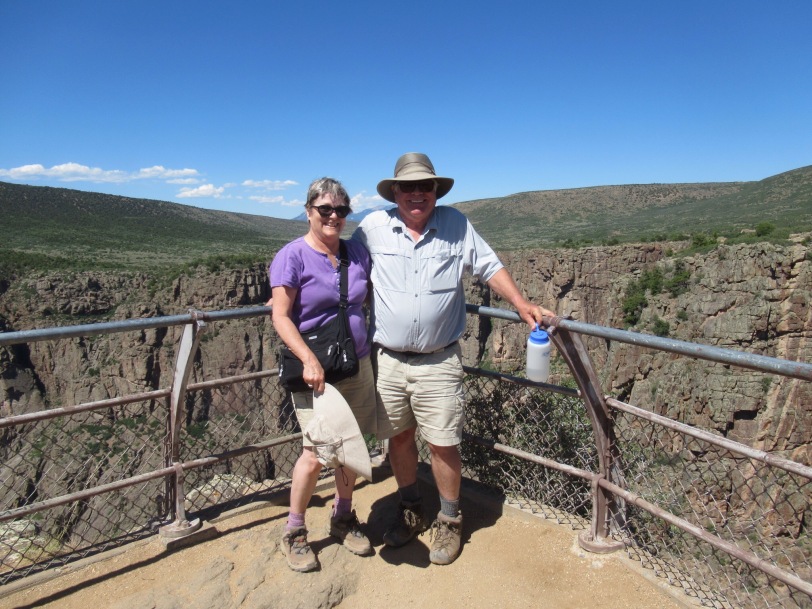 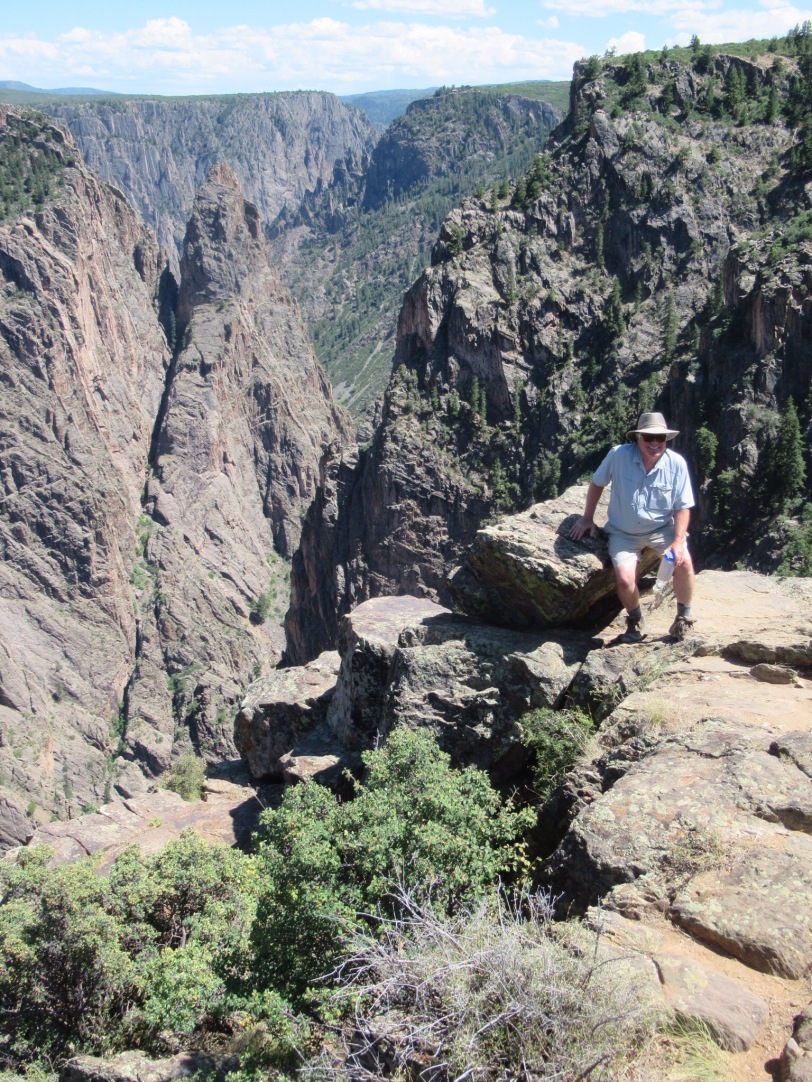 Now time for dinner and a good night’s sleep.

One thought on “The Black Canyon ”