Today we returned to memorable place from the time when we had little kids, Mesa Verde. As most people know, Mesa Verde was rescued from destruction by the 1906 Antiquities Act that Teddy Roosevelt used to save places with archeological or cultural significance. Before the act, pot hunters were demolishing priceless relics in search of a quick profit. This ravishingly and plundering attitude dominates the Interior Department today. We will see if places like the Bear’s Ears National Monument are up for sacrifice to the short term destroyers

It was in Mesa Verde that Matthew, as well as his Dad, learned to conquer their fears of climbing 30 ft ladders ro visit the Balcony House.  The ladders are still there but we didn’t plan well enough to secure the tickets to climb the ladder or visit the Cliff House. Both of these houses are actually small communities built into the side of a cliff using natural ledges. The generic name is Cliffdwellers. Today, we took the time to explore the cultural history of these ancient ancestors of the Hopi. The Cliffdwellers phase was the last occupation of the area. From around 1150 to 1250 AD, the cliffs were the desired home for these farmers. By 1300 they had pretty much left the house, so to speak. The reasons are debated but appear to be come with climate change and devastating droughts.

The folks had first constructed permanent pit dwellings around 600AD. Many have been excavated and preserved. We toured many of them. The park service does a nice job of walking you through the development of the cultural architecture. The covered pits eventually formed walled pueblos similar to those found in New Mexico. By 1150, most of houses and pueblos on the plateau above the cliffs were abandoned in favor of the more secure and easier to defend cliffs. The area that we toured supported 3-4,000 farmers and families. It is good to remember that Paris had about the same number of inhabitants around 800 AD.

The reason for the move to the cliffs from the level,plateau is still debated. my theory is that farmers usually secumb to warrior cultures with out stout defenses. In Europe, the peasant would flee into the stone castle in times of invasion. Cliffs were just as good as castles and used in the same manner.﻿ 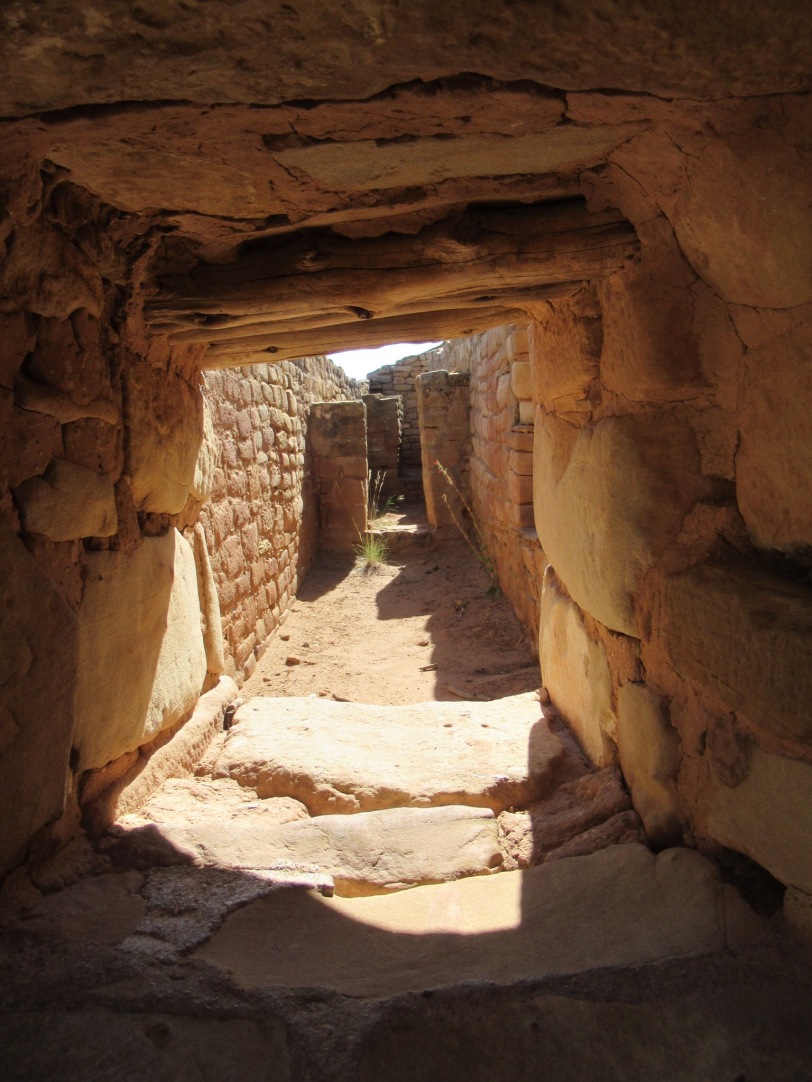 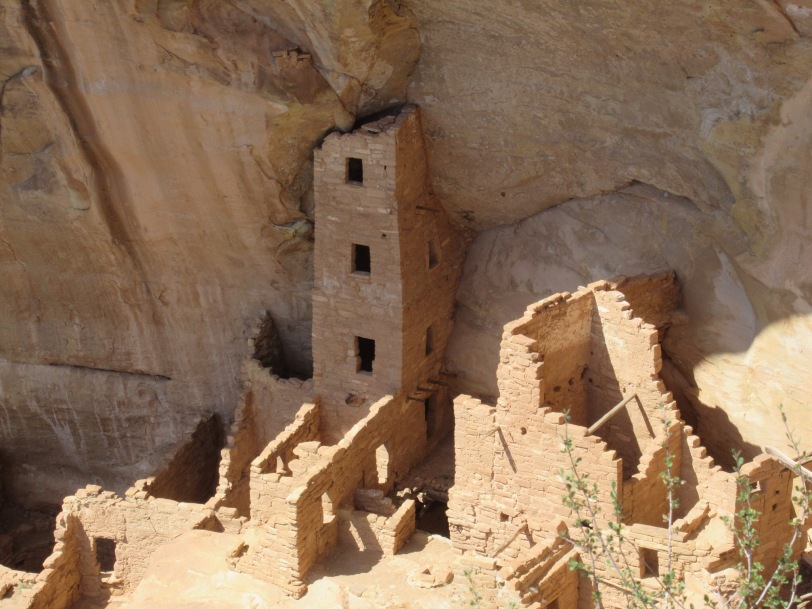 While you cannot go into any of the dwellings, cliff or otherwise, it was easy to get a feel for the living conditions. It had to be tough climbing endless stairs and ladders while carrying everything you used like water and firewood up and down those ladders. The small museum was well done and enjoyable. The crowds we not overwhelming. The campground is pleasant.This will be a great place for the kids to visit in the future. My cap light is dimming as are my limited writing skills. Heading in the direction of the grand children again tomorrow.