Through Heaven and Hell

Through heaven and Hell

We drove briefly on the freeway towards Austria and then turned off Kranjeka Gora and headed for the Vrsic Pass. We would climb and descend using some 50 switchbacks. The road was built by Russian POWs during WWI. We were warned that the turns are cobbles to improve traction. There were tour buses so we weren’t too concerned.

The drive was dramatic to state it mildly. We managed to pull off to take a couple hundred pictures while dodging bikes, motorcyclists, tour buses and other sightseeing cars. It wasn’t too bad. As we reached turn 16 we saw the hole in the mountain that is big enough for the Statue of Liberty. You look right through to the sky on the other side. As we reached the top, we could see Mt. Triglav which has the same meaning as Half Dome for Californians. It is on their half Euro coin. 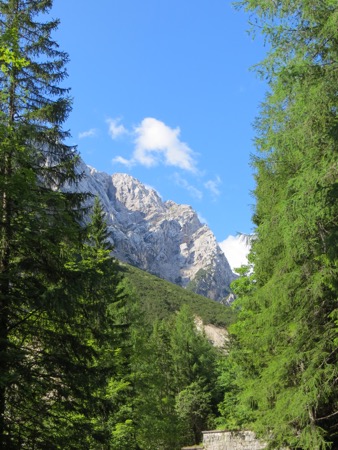 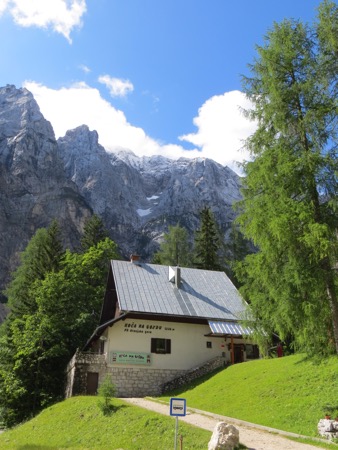 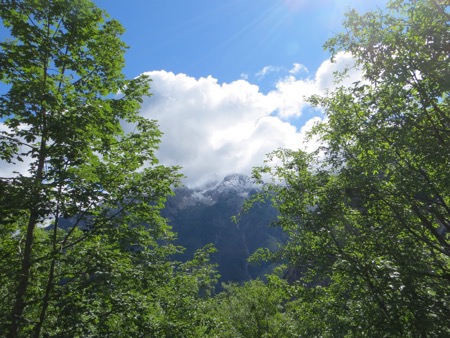 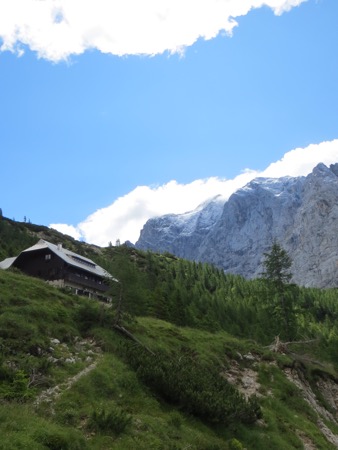 The road was built by those 10,000 Russian prisoners. Not all made it back,to Mother Russia. at least 600 died in one Avalanche. Actually some 60,000 combatants died in avalanches during the fighting between 1915 and 1918. Between the Italians and the armed forces of the Austro-Hungarian Empire, some 600,000 casualties will result from fighting on the Soca Front as it is known in Slovenia. To supply the “Austrian” forces the road was built along with an arial Tram system for use in the winter when snow closed the summit road. The goal was to keep Italians out of Vienna. Having crossed most of that ground in the last couple days, I would say that it would not be easy for any army. 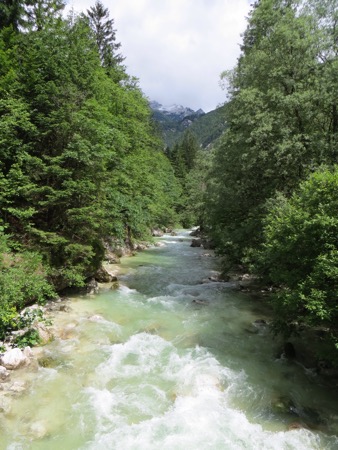 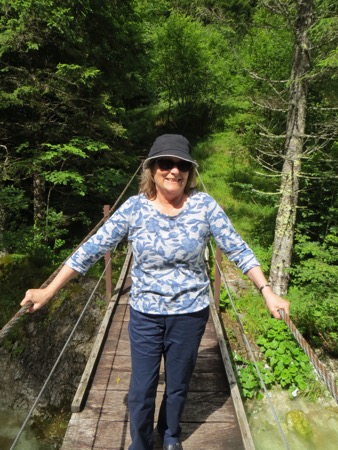 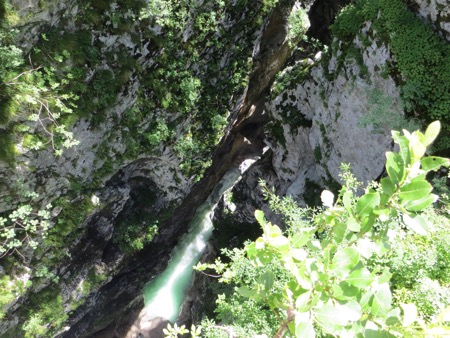 We jumped around on suspension bridges and had a nice picnic and took plenty of pictures as we descended. We finally emerged from the mountains near a village called Trenta. The residents used to have to cross those mountains to shop or see a doctor. Tough folks. We stopped at a stone fort called Kluze. The site was originally defended by the Romans and then everyone else including Napoleon when he was fighting the Austrians. We will later cross over “his” bridge a short drive from our hotel. It has been remodeled a little since it saw plenty of action with Tito’s Partisans in WWII. What is not easy to see from the front of fort are the dramatic canyons behind it. Peggy could take pictures looking down. I kept my distance. Oh yes, the Venetians had also used it to fend off the Turks. The place has a bit of history attached.

We reach our destination of Kobarid and spent a couple hours in the museum dedicated to the fighting here in WWI. Americans know it from Hemingway’s A Farewell to Arms. He served as an ambulance driver for the Italian army. The Italians refer the Battle around Kobarid as Caporetto. The Italians suffered some 300,000 casualties in the this catastrophe for the Italian military.

What was astounding is that most of the fighting was in the mountains or a top mountain ridges. These were mountains and not hills. The museum does a great job with pictures, narrative and artifacts to tell the story of the suffering and pain these soldiers endured.

We managed to wander around the town and drive to the Napoleon Bridge and an Italian war memorial that was dedicated by Mussolini in 1938. There were a group of elderly Italians making a pilgrimage to the memorial. It was moving in a new-Fascist way. Actually I could find no direct Il Duce references but the architecture was unmistakable.

Kobarid is a center for white water rafting and other water sports. That makes sense with the rivers and mountains. We will see how the partying goes tonight as our room is right next to the outdoor patio.

2 thoughts on “Through Heaven and Hell”