Pleasant and not so pleasant Surprises in Germany

Pleasant and not so pleasant Surprises in Germany

We left our Danish modern motel in Helsignor by 8AM after absorbing plenty of protein, carbs and coffee. We now rely on Tom to get us to our destination and have a general idea as to direction and path. We found out that this can be a challenge.

Since we were north of Copenhagen and it was a Monday, we needed to navigate through commuting traffic and construction slowdowns. Nonetheless, we reached the ferry to Germany just in time to drive on as the last of five or six cars. I no sooner turned off the ignition than we were moving. The 45 minute cruise went without a hitch. They even gave us coupons to buy one pack of duty free cigarettes to be consumed while in transit. Thankfully smoking was only allowed outside. You can imagine the conflagration. We did buy some chocolate and water with left over Danish coins. The German efficiency ended when we docked. 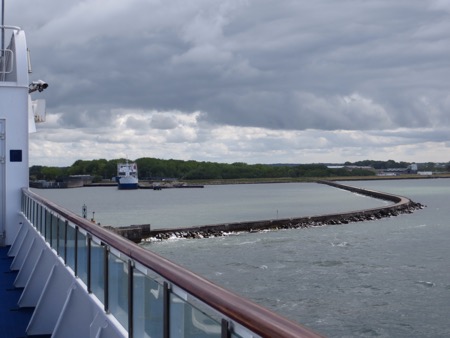 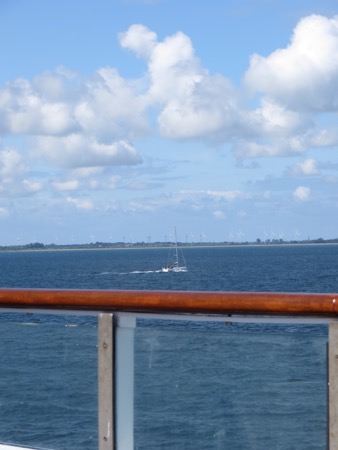 As you and several hundred other cars leave the ferry, you are confronted with 20 miles of 30-40 mph two lane roads. That was agony. Then you hit some freeway with minor amounts of construction and then the big surprise. A detour off the highway after 20 minutes of compressing 3 lanes into one. Of course there are no clear signs about how to deal with the detour and our GPS Tom was totally freaking out. We proceeded to wander through the countryside until we were beyond the likely detour. We were not alone. This was another wasted 20 minutes. The final coup de grace was half of the Lubeck exits were closed for construction. Tom went crazy then calmed down and led us to our hotel via a route that we would have. Ever figured out. We arrived very frazzled at our hotel an hour late. It was not that we needed the hour, it was just the awful drive. Hopefully, we can avoid these messes for a few days.

Lubeck is another UNESCO World Heritage City. Our hotel is witching an easy 10 minute walk of the old moat and then we are in. This assumes we are not hit by bikes, buses, trucks, skateboarders or cars. We made it to the center of the center and reached the Rathaus or city hall. The hall has been there since the early 1200’s when the local king granted the city a charter as a free city. The goal of the king was for the city to pay him lots of taxes. The goal of the merchants in the city was to do business without outside interference. They called themselves “Hanse” or Guild. They acted like the Spice Guild in the Dune Trilogy and eventually became a dominant economic and political force in the Baltic and North Atlantic. Lubeck was the leading city of this league of several dozen large cities stretching from Novgorod in Russia to London and Bergen in Norway to Brugge in Belgium. They were not reluctant to challenge rulers who tired to impose taxes on their ships like the King of Denmark who used Kronberg Castle as a fund raiser. 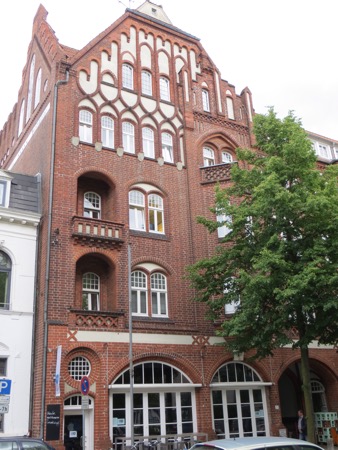 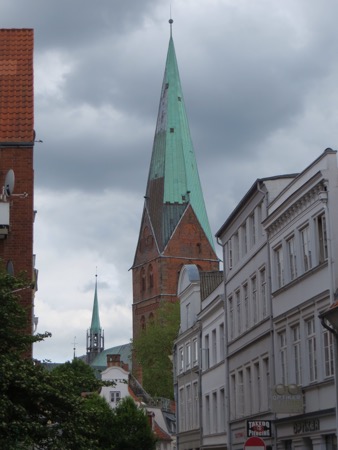 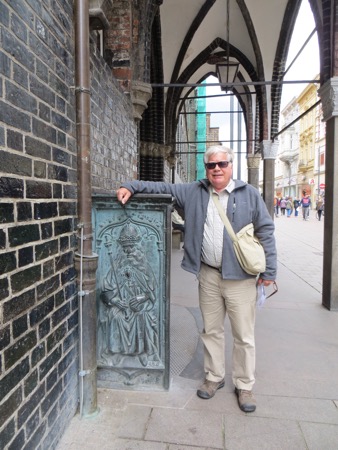 There was money to build St. Mary’s, a giant brick church. It was bombed in WWII and the bells of the south spire still lay where they landed. The damage was repaired and the astrological clock, the world’s largest mechanical organ and some intricate carved alter pieces from Antwerp in this third largest German church demonstrate the city wealth. The Rathous is pretty cool in itself. We may walk back this evening for dinner in the Ratskeller, under the city hall. We wandered down to the signature domed gates that all that remains of the once formidable city walls. 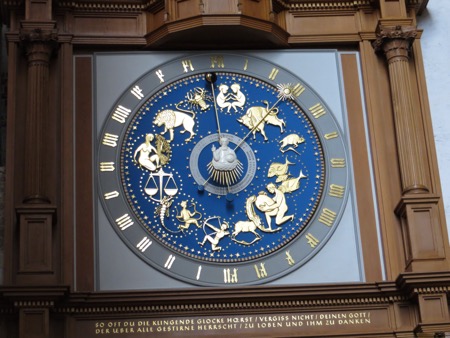 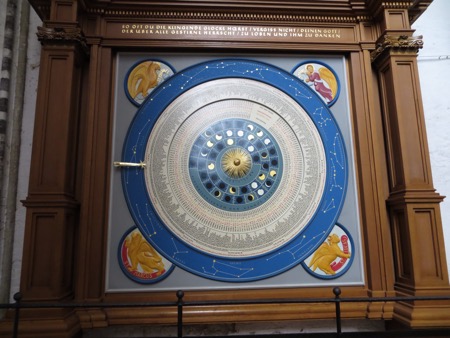 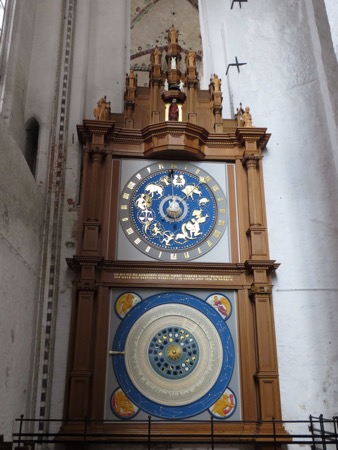 The nicest thing about the medieval wealth of the city was how the wealthy would endow charity houses for the poor. One group to receive assistance were the widows of sailors who died while in the employ of the Hanse. It was kind of like the Clampers who pledge to take care of the widows and orphans and especially the widows. The “courtyards” that contained these small homes are still being used for the same purpose. The places looked quite nice to me and certainly better than most of the elderly housing for the poor that we provide today. 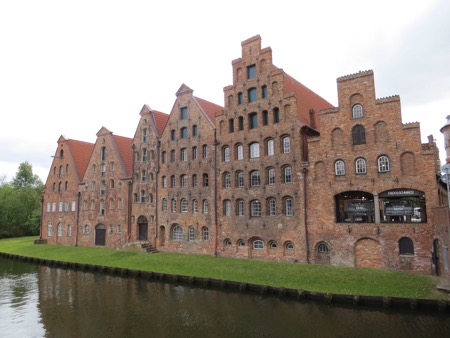 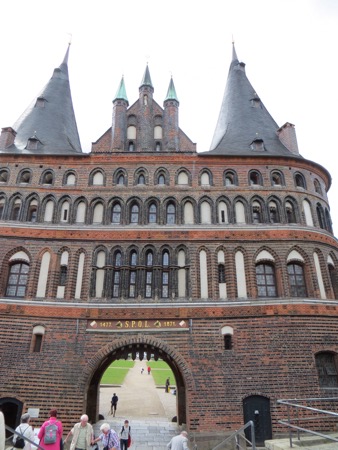 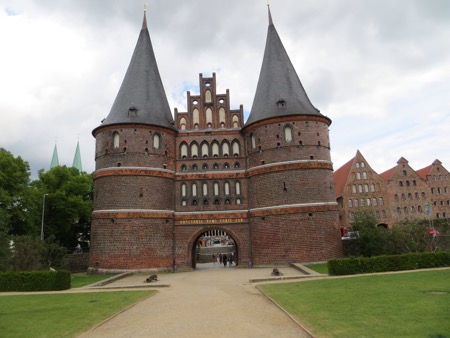 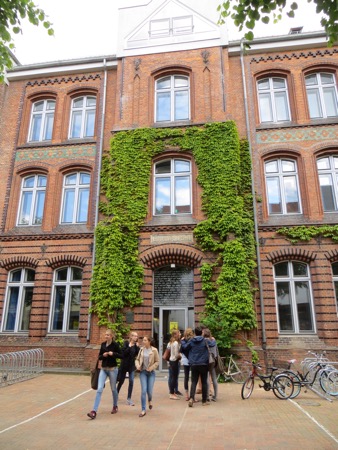 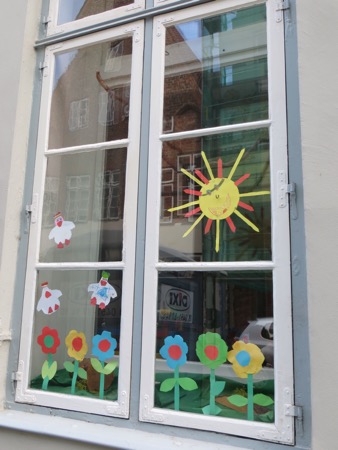 Lubeck, despite being a designated cultural landmark, is still a dynamic and vibrant place. The ancient school buildings are still full of kids. We were there at dismissal. The shops were busy and plentiful. Most remarkably, the city center has avoided the pox of McDonalds and KFC. It was worth the irritation of driving here. 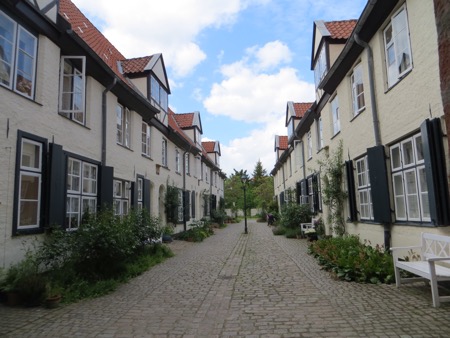 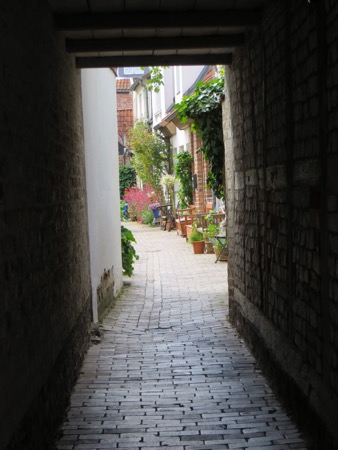 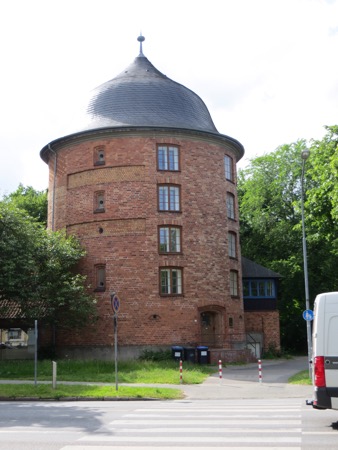 Just returned from dinner at the Ratskeller. Turns out that they must have known that we are important as they kept turning away dozens of people after we arrived. We were given the booth of some radical from the early 20th Century. Great family similarity, maybe? Enjoyed the bratwurst and beer. Managed to return the two kilometer walk to our traditional hotel with the two elderly ladies tending their flowers in woolen skirts. It was good day. 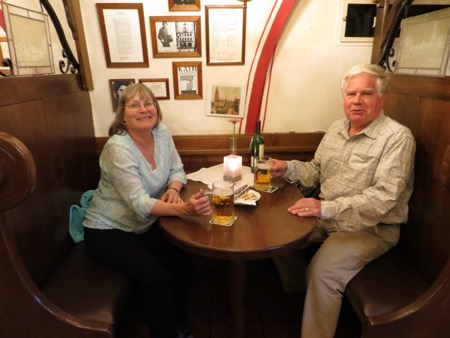 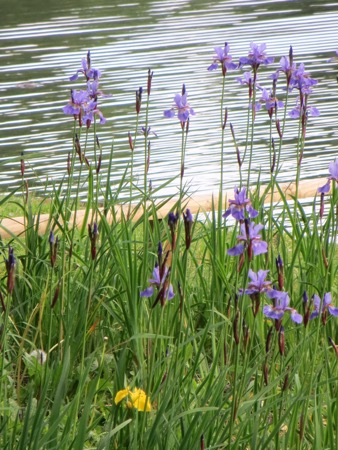 3 thoughts on “Pleasant and not so pleasant Surprises in Germany”