After the big day yesterday with the arrival of Barrett, we knew today would be a tough one to measure up after last night. While nothing that we could do today would come close, it was important for us try to relive some of our Alaska experiences with Great Grandmother Bobbie. We were pleased with the results.

We started at our acceptable motel suite after our day of travel and excitement. Nothing special but it was warm and dry. We picked up our vehicle that was actually as large as promised and all of the luggage fit. This is never the case when traveling with the Sheffs. We always end up with a shrunken substitute vehicle. I believe my sister, Vicki is behind the bait and switch. Anyway the car was fine.

We toured downtown Anchorage and saw that it had changed a bit since our last being there 40 years ago. The Captain Cook Hotel is still the king but has been joined by a number of others. We found David’s office when he used to work at Ernst & Ernst. I liked the log cabin CPA office down the street better. E&E is now the Chamber of Commerce building.

Visited the Native Cooperative that hand makes musk ox knitted ware. Bobbie now has a neck warmer and Barrett has another stuffed animal. It doesn’t smell like musk ox. We searched for and found the apartment and mobile home where Dave and Leslie lived in Anchorage. They have both aged better than the mobile home. We drove around the U of Alaska where Jennifer was conceived but couldn’t locate the historic love nest.

We left the much larger city of today and went in search of Rainbow Valley. We drove along Turnagain Arm but drove right by it the first time. The Rainbow Valley property was purchased by us soon after we got real jobs. We built a log cabin but never really lived there as we departed for California. We sold the property to our good friends, the Wrights. Gordon was the symphony orchestra conductor at the U of Alaska. He had befriended us when we were students in Fairbanks and once brought David Brower and Dave Brubeck to our Fairbanks cabin for a raucous Thanksgiving dinner. Gordon has since passed to that great music hall in the sky but the cabin he built next to ours in Rainbow Valley still stands as does miraculously a shack that we built to provide Jennifer protection from any angry moose that might wander by.

I need to back up a bit. We missed the turnoff which was not too surprising. We stopped by a roadside attraction called the Indian Mine. We decided that Dave could go ask ask the grizzled proprietor if he knew where the hidden entrance to Rainbow Valley might be. Since he did not readily return and we heard no shots, I went looking for him. I soon discovered that Roger had built Gordon’s cabin. He kept referring to us as Rainbow Canyon pioneers or as the original settlers of the valley. Suddenly, we felt very old. We spent the next hour with Roger regaling us with stories about the valley and other pioneers who still resided in the valley.

Armed with fresh knowledge we ventured on. The road is much better than I remember but still makes our Covington seem like a highway. We found our old creek which has grown in beauty over the years. The trees and growth are amazing given the forty years that we have left it alone. We retraced our way to a nice cabin next to our old property. I figured that I had nothing to lose but a bullet wound and knocked. The door opened and the resident said my name. John Pursley was starting his cabin when we were building ours. I suddenly realized that what 40 years ago was a concrete block bunker was today a charming log cabin. It was old neighbor time. After a quick run down on what had happened over the last four decades, we ventured up to our old cabin. Our original logs have been repurposed atop my old foundation into a cabin than I built. What was amazing was the sketchy shed built for Jennifer is still standing. It was very nostalgic but I find our Sonoran home perfect for us today.

We ended the day at the Alyeska Resort and took the cable tram to the mountain top restaurant. I will post those pictures tomorrow. Ready for bed. 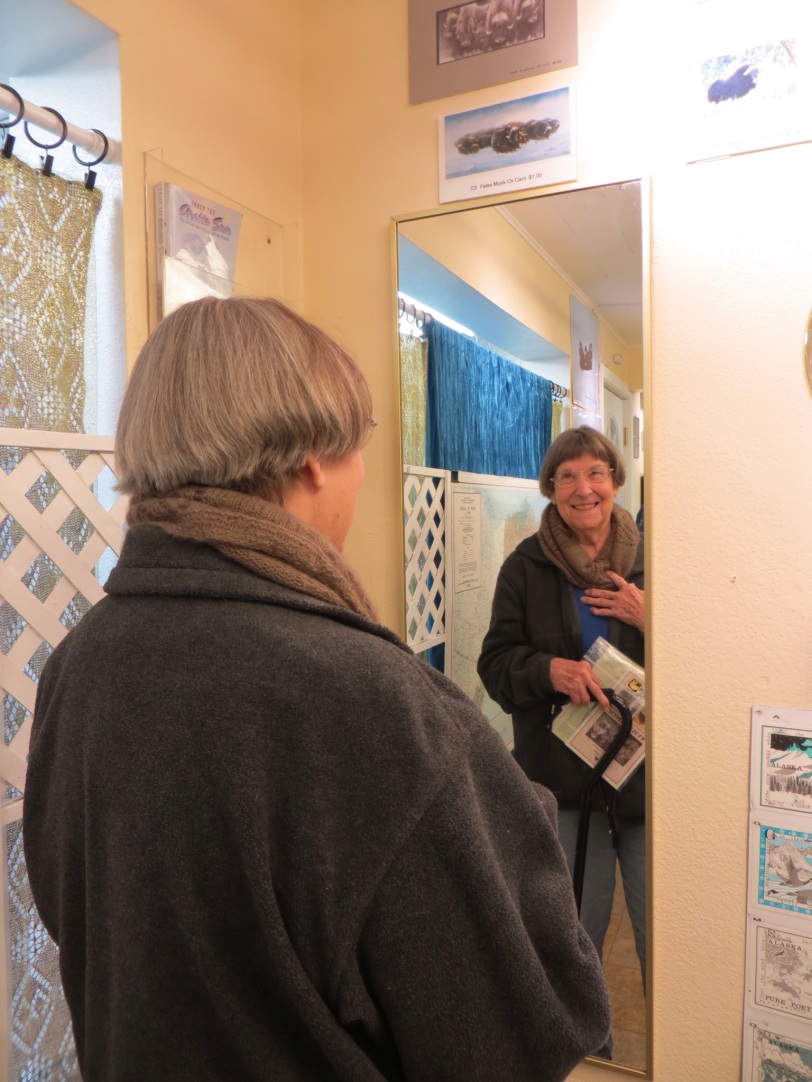 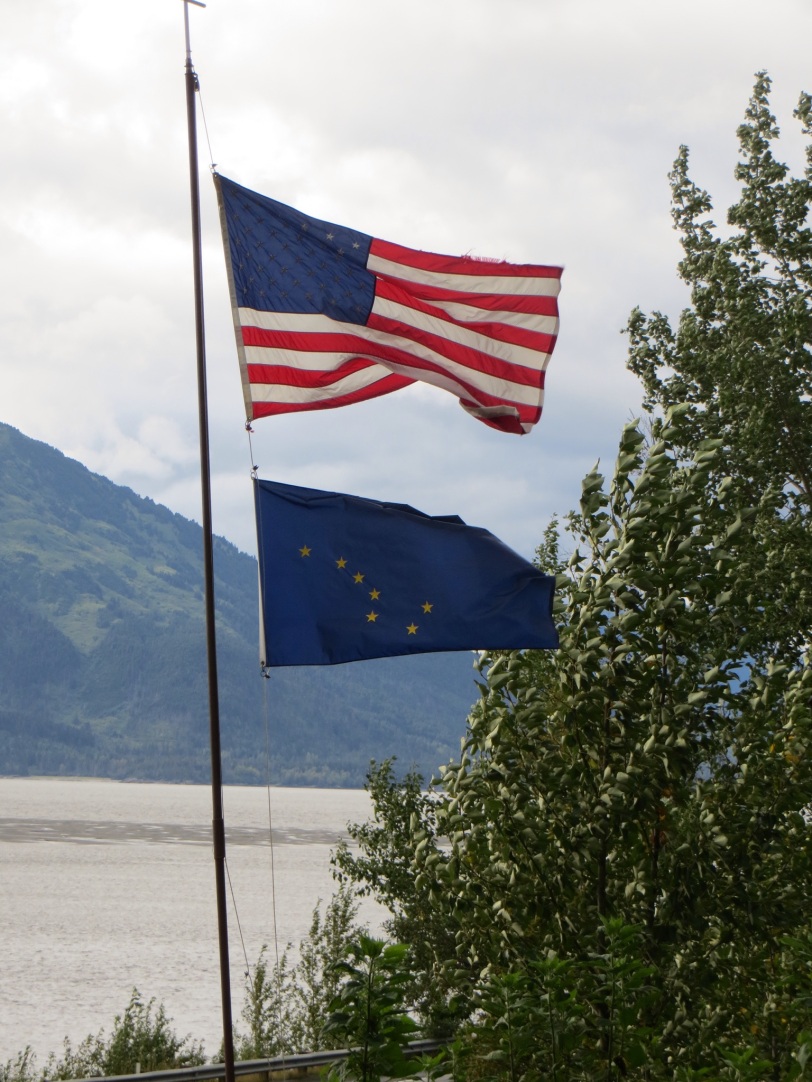 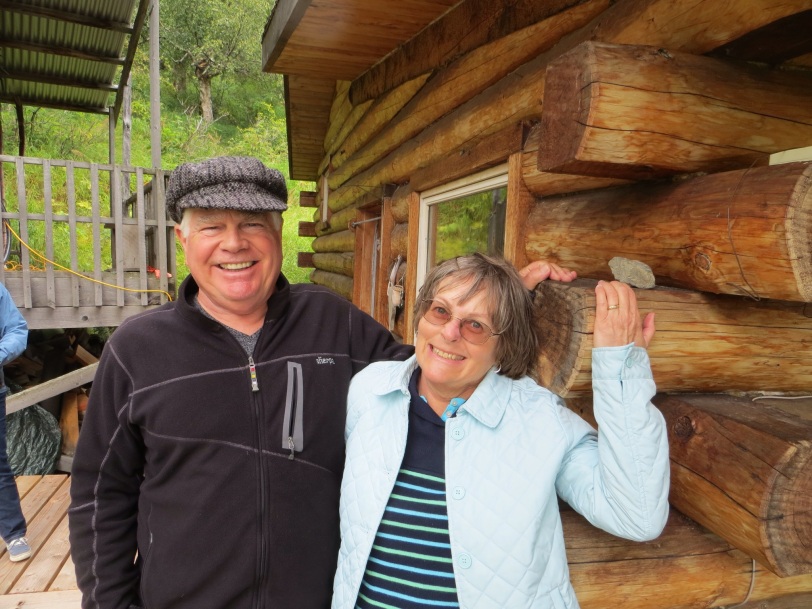 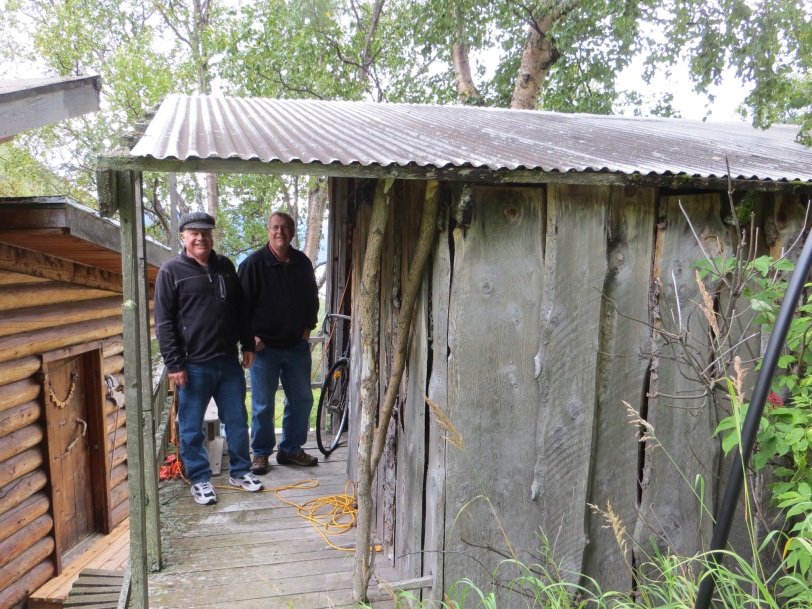