And the Skies are Grey

The leaves are certainly green but the grey is starting to get to us. Woke up by pilgrims in our shared accommodations right around six. Our usual wake up is seven. You have no choice about what other people decide to do in these matters. This is one of the better Alburgues that we are likely to find. Cute turtle pond and a lovely patio that helped magnify whatever sunshine broke through,

Anyway, I look out and see another misty morning. We don our clothing and head across the street for Breakfast at a bar. Step outside again and put on the trusty parkas. One problem is that even the best designed parkas get hot in a hurry. As soon as you start walking and burning calories, you are adding to the moisture trapped in the parka. Ventilation helps but it is still uncomfortable to walk for any length of time. As soon as you take the parka off, except for the covering of the all important pack, you are exposed to the wind chill and your wet clothing. Not fun.

We faced a long steady climb out of Cizur Menor towards the Hill of Pardon. The surrounding plain was the site of Charlemagne’s drubbing of the Saracens back in the late 8th Century. Nothing to remind you of that today amongst the wheat and mustard crops. The trail got steep before we reached the top. Blessedly, there was no mud. We could see the modern wind mills all the way. We just needed to walk to them.

At the top of the pass are a series of metal cut outs of medieval pilgrims leaning into the west wind that propels the windmills. Fun posing with pictures although it was freezing cold and we were wet with perspiration. Not a great combination. Made a quick descent down cobbles but no mud. Into the village of Uterga for a much needed break. A pastry and limon drink helped. Back on the road and trail until we reached the city of Obanos.

Guilliam, the Duke of Aquitance murdered his very religious sister because she was not interested in the family business of politics after she had done the pilgrimage. He then became somewhat remorseful and did the pilgrimage himself and became a monk. Now he is St. Guilliam and the patron saint of Obanos. Still not sure the purpose of the metal key that you walk through at the outside of the town. It did not close on me.

Walked into Puenta la Reina around noon having done our 20 Kms for the day. We are in a modern three star hotel that has housing for pilgrims in the basement. We have a private room and bath with meals upstairs. It is luxurious and warm.

Went down the street into town and got some tapas and a beer. Peggy spent quite a bit of time figuring out the menu items. It is tough when Basque and Spanish are mixed together. The food was great. We then spent some time viewing the churches and ancient hospices run by characters like the Knight Templars and the Hospitallers. Saw a piece of the True Cross in the reliquary. Also saw an amazing 14th Century wooden crucifix carried here by German pilgrims. It was nice to have the time to do sightseeing.

Tomorrow the forecast calls for improvement. We hope so so that we can take a good picture of the Queen’s Bridge for which the city is named. No one knows for sure who the actual queen was that paid for the bridge. Everyone agrees it was built to fix the situation caused by crooked ferrymen. These guys would charge a high fee to the pilgrims. Then knowing that most of them could not swim, they would capsize the ferry and drown most of the passengers. They then robbed the corpses. And we thought big city cab drivers were bad. 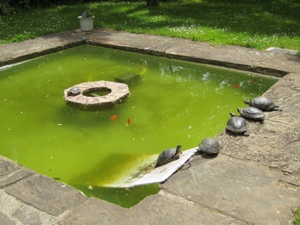 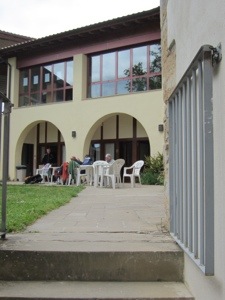 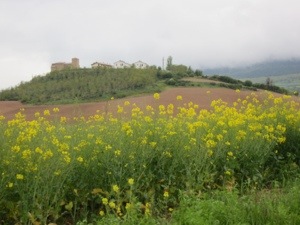 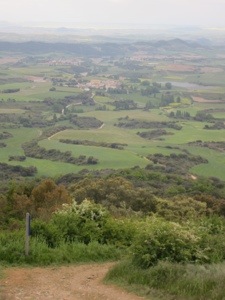 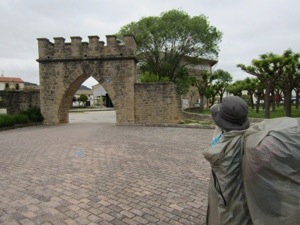 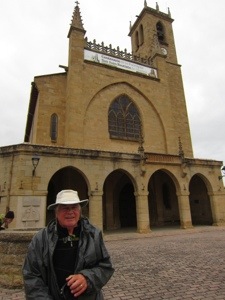 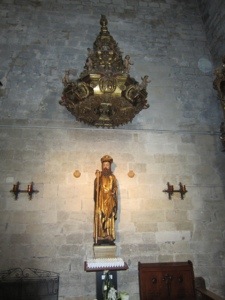 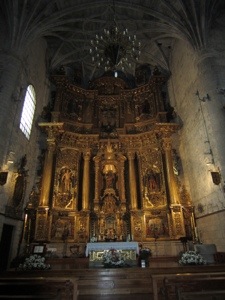 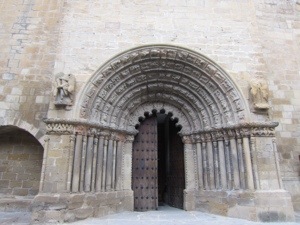 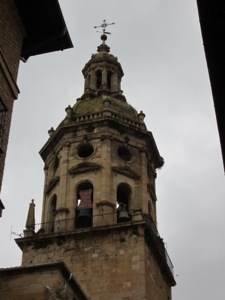 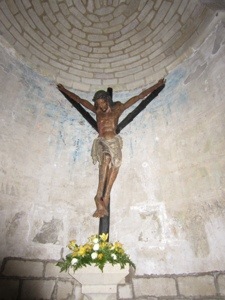 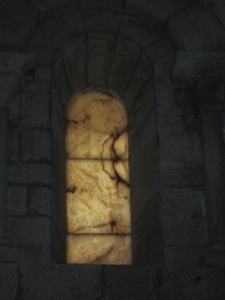 The last picture is of the tree house room at the hotel. It is not our room.

Just had dinner. There was a tour group with a Swiss license. The bus was labeled Casanova Tours. The folks were a bit older than us. Interesting. The meal was self service. Salad and prima plata he your self. The wine was also self serve. Very diverse crowd. Managed to make it back to our room. Not the last to leave. The Germans who practice downhill running to save their knees were there. Time for bed…..

4 thoughts on “And the Skies are Grey”