Hiking sticks or Batons are one of the most useful tools for a hiker. They become somewhat of a close friend after a few hundred miles. Despite their manufactured uniformity, they still seem to have their individuality. Not quite sure how to describe it but you know almost immediately if you have the right one in the left hand or if the height is out of adjustment. Not sure why this is but their uses are multiple.

French farm dogs are supposed to be harmless. They bark and fuss as expected. Generally they are behind gates. The smart ones have learned to cater to hikers and pilgrims and wag their tails while looking hungry. A few have made threatening movements until they see the stick. A dog eye view of that little sharp carbide tip has been enough to dissuade them all. There has been no actual contact between stick and mutt. So far.

Sticks give a certain beat to the walk. I like to use mine like cross country ski poles to help push me up a hill. Peggy uses them like the gliding motion in skiing. Both of them are in the same position on either side. While many hikers have little pads on their tips, we prefer the steady click clack on pavement. Actually, the sticks are rarely used on pavement unless we are going up a steep grade. On roads, the sticks are clutched in one hand or another and ready to fend off dogs, chickens and ducks. Not often.

Sticks come into their own on the trails. Having four legged balance on uneven ground is reassuring. They also serve as possible weaponry against the snake attack that has not happened. For the most part they provide a certain amount of comfort against a trip or fall.

They really come into their own in the mud. I don’t know how the stick less manage the hiker nemesis. You use they for traction going up and to prevent a too quick descent going down. There are plenty of three foot long slip tracks to remind you of what happens to the stickless. They also are your chief testing tool. A poke into soft mud shows you if it is bottomless or only looks that way. When clinging to a sloping path side to avoid a quagmire, they keep you from going sideways into the goo.

When crossing various chasms created by water, tractors or nature sticks provide two more points of contact. Crossing creeks on stones is easier with four limbs. Sticks also provide a wonderful portable leaning place when you just need to stop. So much for the humble stick.

Because of the accommodations squeeze we hiked only 10 Kms today. The weather was cool and cloudy. Perfect hiking weather. The usual mud struggles but we have our sticks. Arrived in Arzacq-Arraziguet by eleven and began to fret since we had no reservation. The city Gite is huge and there was no issue but it is always a relief to find shelter.

Enjoyed a rest day and the meeting with Jacqueline, an Anglican Vicar from the Lake District in Western England. Enjoyed a few beers and several hours of tales in the bar and at dinner. The gentleman from Montreal that we had been with a couple weeks ago rejoined us today. He told us that Peggy’s Rick Steve’s dictionary is now legendary. He had heard about it several days ago.

Ready to head to bed. We are 617 Kms from the start and 113 Kms to St. Jean where we attack the Pyrenees. 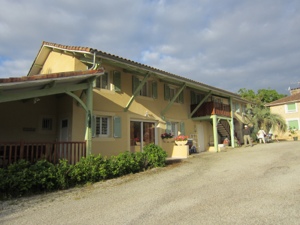 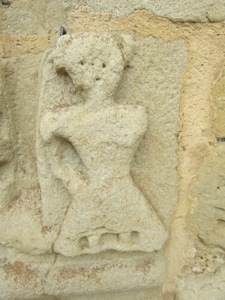 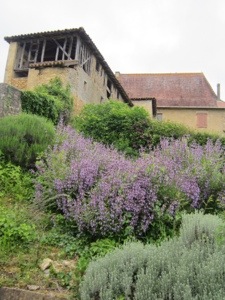 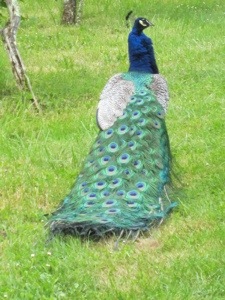 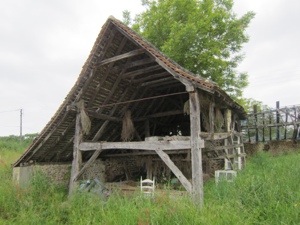 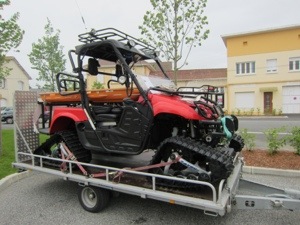 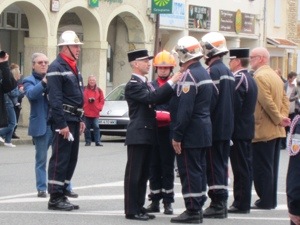 The fire equipment pictures summarize the retirement and awards ceremonies for the local crews that was taking place in our town with both French and Basque names. Some really cool stuff for mountain rescues..