For the last two days we have traveled through the Causse de Cajarc and the Causse de Limogne. The best translation for “Causse” is wilds. Not sure if that is the actual translation but it fits for me. There are few farms and towns or even hamlets. The ground is more limestone than dirt. There are about a zillion rocks per acre that need to be turned into walls. Even then there were few actual fields that were cultivated. Even the pastures are poor. Saw few cows.

We left Limogne a little before 9. We had gathered up a picnic yesterday as food can be tough to find on Sunday. We were surprised with the Sunday market that we encountered in the center of town. You could find every conceivable food product. Glad we do not carry much.

We covered 21 km today mostly though the wilds. The trail was the gentlest too date with few elevation changes and mostly easy walking surfaces. Peggy did not need a nap upon arrival. We encountered one town in the morning, Varaire. The trail by passed the town so we had no chance to look for water or a WC. The weather was between freezing and 40 but there was no wind so hiking was comfortable. Clouds gathered all day and it looks like rain tonight.

We made it past the mid-point by noon in the village of Bach named for a German family that settled here in the 19th Century. We found a picnic bench outside the church where a service was underway. Enjoyed the singing and the bells. At dismissal people saw us and our pilgrim shells. They seem to become very friendly at that point. There were two Dutchmen bikers who introduced themselves along with a Swedish lady who was excited to see Americans.

I guess Americans are rarities on the French portion of the Camino. In the Gites, we are the first Americans that they have seen this year. They say that there are a few each year. Really strange given the popularity of distance hiking in the US.

Today we walked for several miles on the remnants of a the Roman Cami Ferrat that connected Roman Cahors with the rest of the empire. You can always tell a Roman road from a medieval thoroughfare as they are straight. Much of the road became walls or houses over the centuries as the Romans usually worked the stone which made it a desirable building material. Same thing happened in England with Hadrian’s Wall. But you can still get the feeling of marching with Caesar’s legions while crossing the hacked limestone surface. Must have been tough in sandals.

The path wanders past forgotten fields that were abandoned some time in the past. There are breaks in the wall with overgrown roads that once led somewhere. It is not spooky but you do wonder what stories these endless stones and walls could tell. I am not sure when this area emptied itself of people. My guess would be with the Industrial Revolution of the 19th Century and the subsequent depopulation of rural France.

It also seems that there is a thinning of pilgrims and hikers. We saw only a few on the trail each day. The very nice Gite in Mas-del-Pech has probably ten folks. We have our own room again with a private bath for a few euros more. A bargain. The place has no wifi so I will upload this tomorrow when I find a connection. 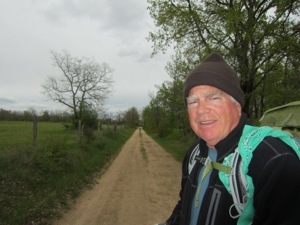 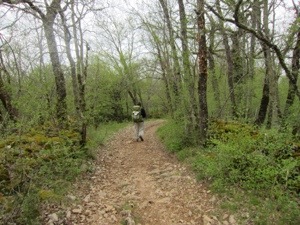 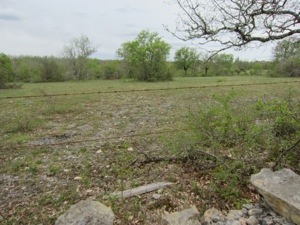 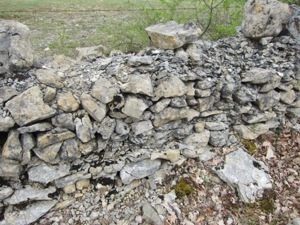 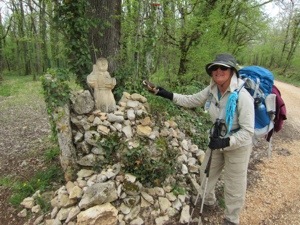 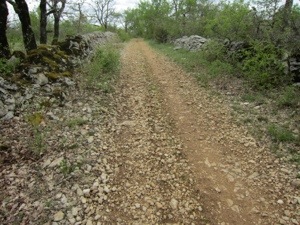 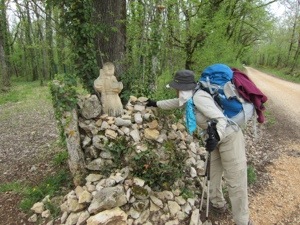 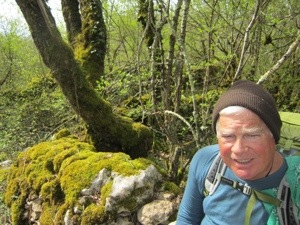 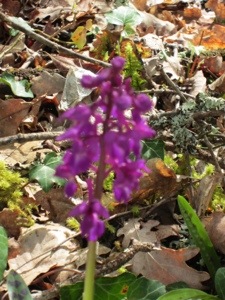 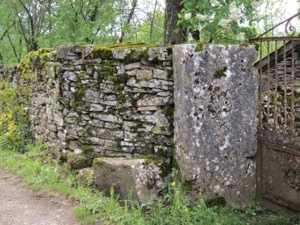 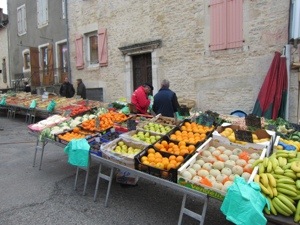 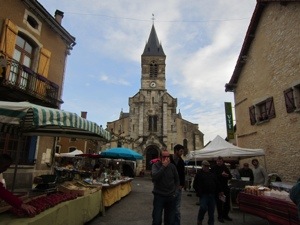 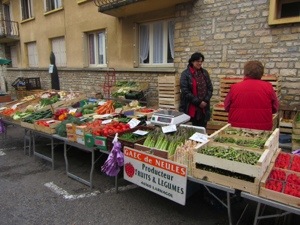 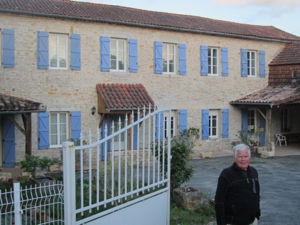 3 thoughts on “A Road Less Traveled”