Escaped Lincoln, Nebraska while seeing plenty of Big Red. The departure was mired by the random closure of freeway on ramps and plenty of finding our way even with the GPS. The final rural stretch of Nebraska to the Missouri River and Iowa beyond was actually pleasant in a corny way. Seriously.

The drive through a soggy corner of Iowa was quick. I say wet because of the proximity to the Missouri and its floodplain. The graveyards were on the scenic hillsides out of water’s reach. We crossed into Missouri and headed south towards Independence. At one time, Independence was the launching point for emigrants on the Oregon and Santa Fe Trails. Lewis and Clark and numerous Mountainmen were familiar with this frontier supply depot. As time went on, the supply and beginning point for trails shifted to the north as steamships improved. St. Joseph was the beginning point for the Pony Express. Council Bluffs was the starting point for many pioneers and eventually the Union Pacific started in Omaha across the Missouri.

Anyway, some quarter million immigrants, gold seekers and con-men used these Missouri River spots as there jumping off place. We stopped at the well-done National Historic Tails Museum in Independence. Being foundation funded, it was relatively modest but did its best to capture the spirit and challenges of the time. Of course, I was drawn to the pioneer woman holding a toddler statue. Great grandfather Joseph La Porte was 3 when he set out on the 2,000 mile walk to Oregon in 1853. However, he probably left from Council Bluffs, Iowa. 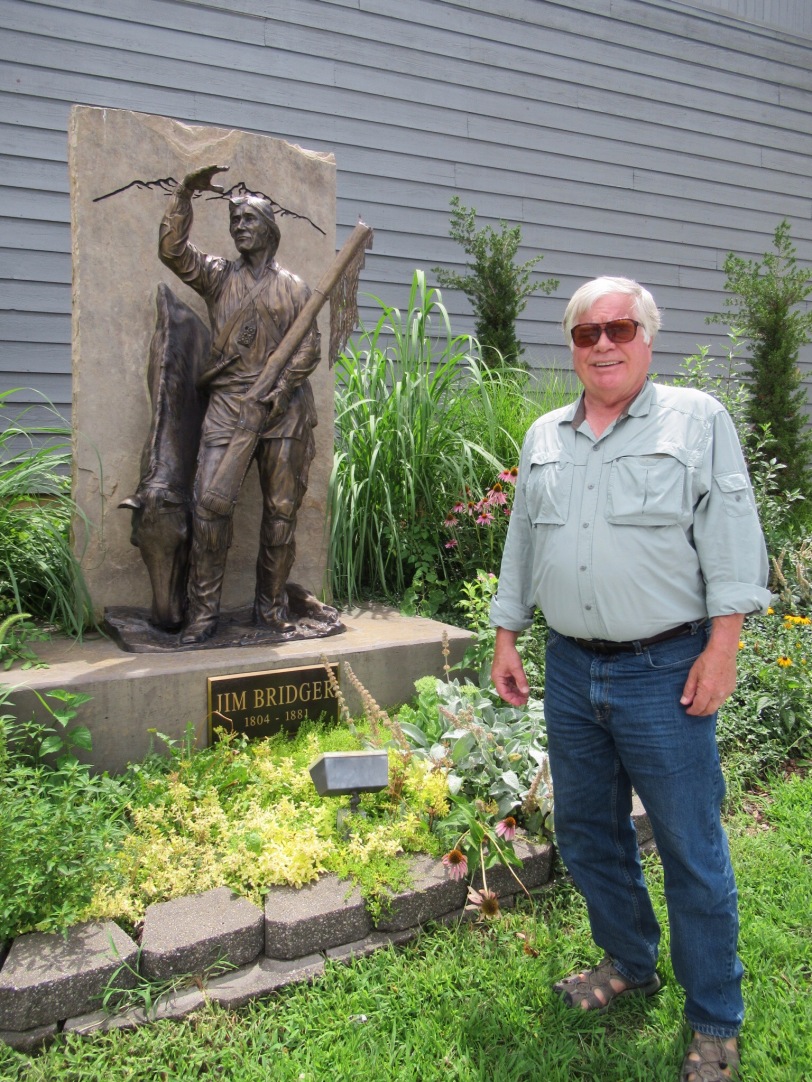 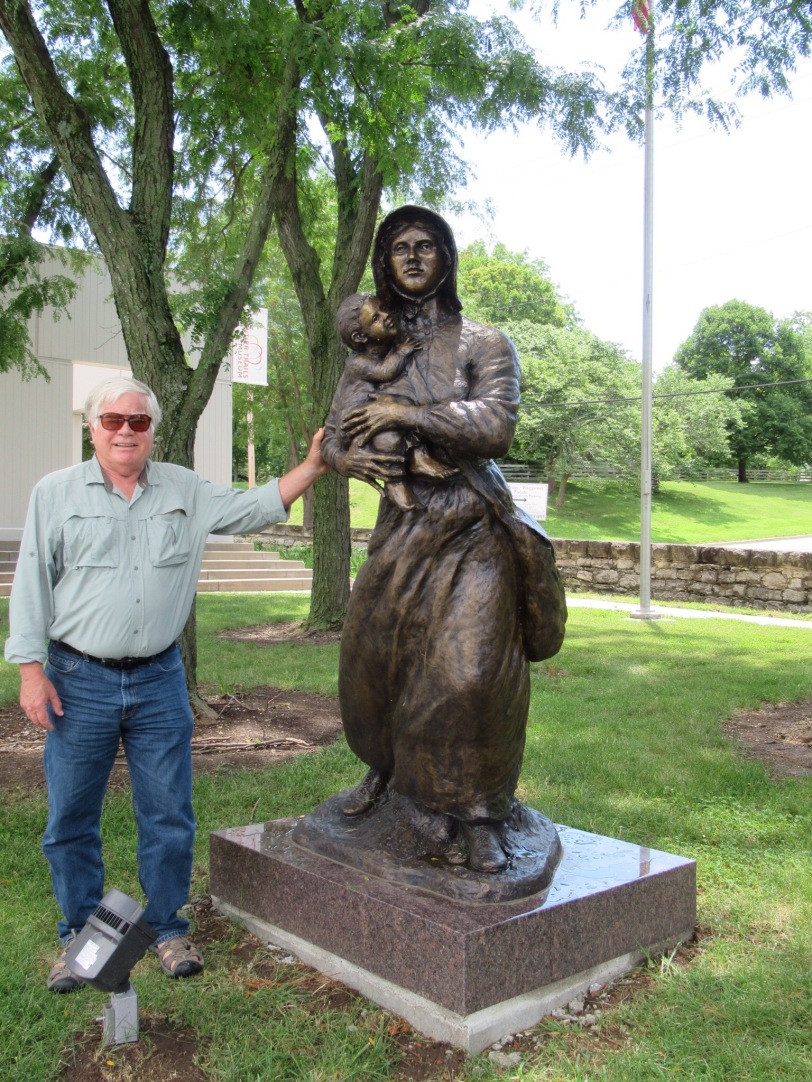 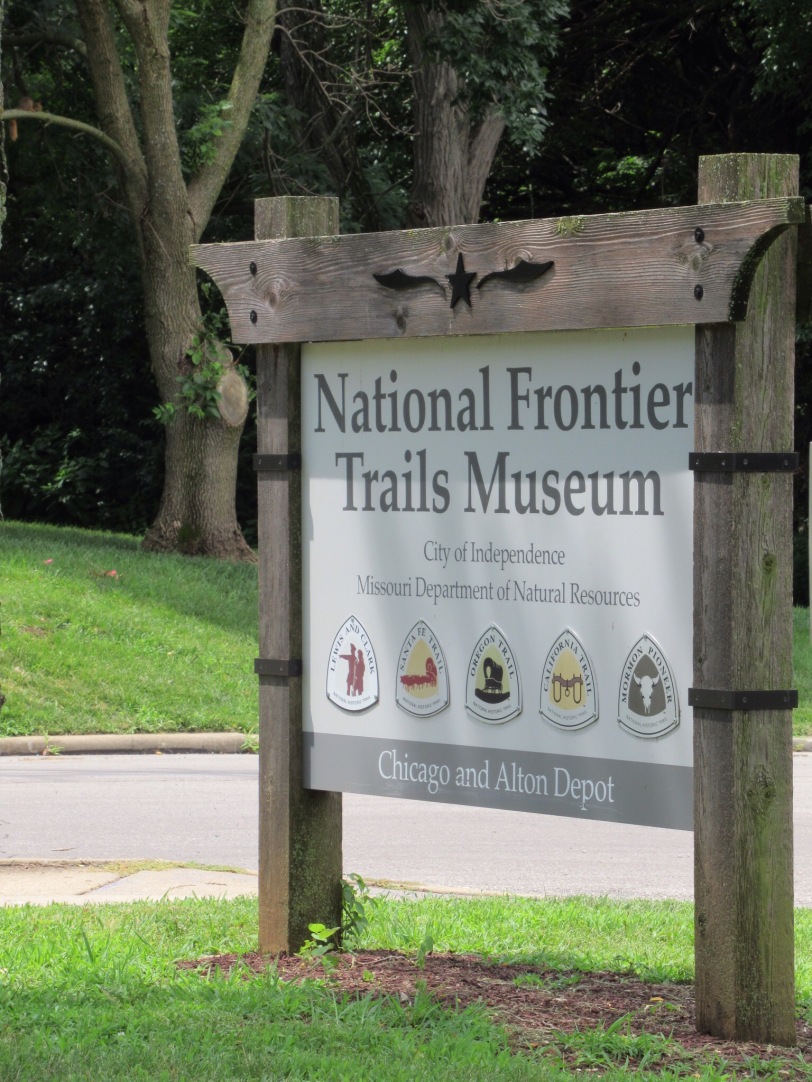 We continued across the Missouri aiming for Illinois. Some observations are in order. I cannot believe the number of firework stores across the state. The Wyoming pyrotechnic business was a border deal with the Colorado market. In Missouri, fireworks must be a weekend activity. Very strange. Even stranger for a Californian was to see the continuous billboards for adult sex toys and similar low life activities. Not even in Nevada have I witnessed such a display. It is even weirder to see the sex billboards juxtaposed next to numerous religious oriented billboard messages. I have driven every highway in California. I find it strange that “liberal” California  is more prudish or dare I say more modest than this Bible Belt stronghold. 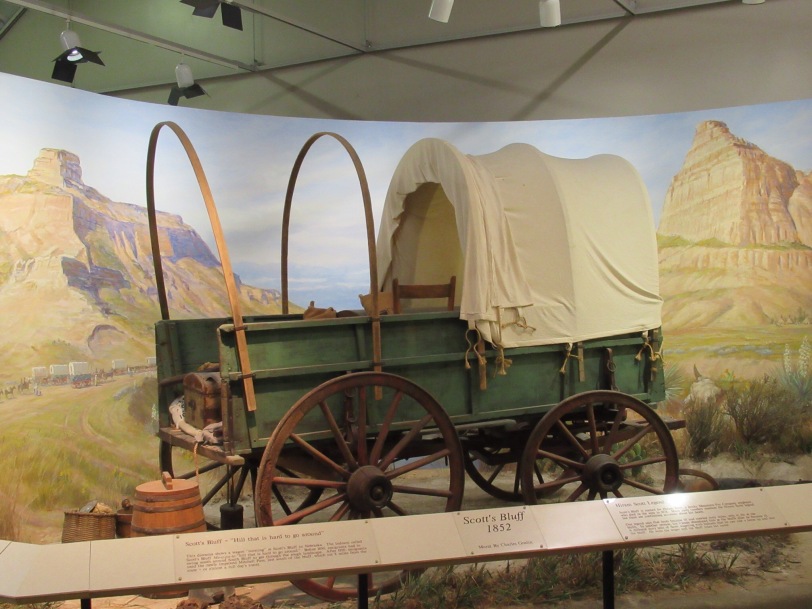 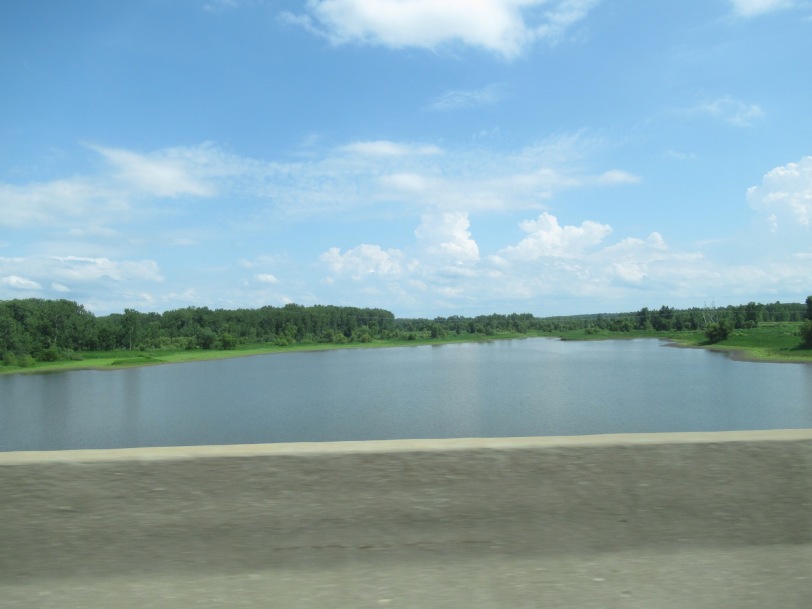 ﻿
Meanwhile, it is Peggy’s birthday. We are at a nice Ramada Regency west of St. Louis. Since I am well known for my frugality, I must explain that last night was almost continuous rain in Lincoln. Even better, a lightning bolt struck our motel parking lot. The clouds and forecast are the same. Good excuse to hunker down. Out for dinner at a recommended Italian restaurant that even serves wine. We cross the Mississippi tomororrow and look to get off the Interstates.

2 thoughts on “Missouri Showed Me”