Son Matthew has decided to raise his boys in the shadow of the Rockies. We will be helping them move into their new home in a couple days. In the meantime, we decided to return to Rocky Mountain Natiomal Park for a quick visit. This being the day after the 4th, we were under no illusions about being alone or free to wander easily. The place was packed. Actually it was the roads that were busy. The mountains, as usual, were majestic and the few backpackers were soon lost in the vastness. Our short “recon” would not allow us to join them. Instead we stuck to the roads and the crowds.

We drove up the narrow Thompson River Canyon accompanied by many others. While the canyon was scenic, it’s ruggedness was interrupted by the 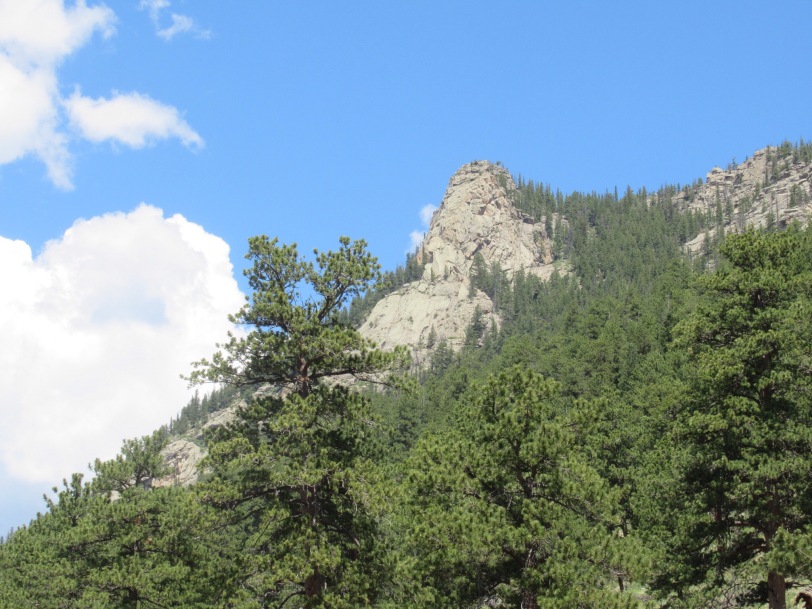 continuous string of vacation or hard scrabble permanent homes and sketchy road side business efforts. The culmination of the uphill drive was Estes Park. The small city enjoys quite a reputation among those who head to the mountains. I was appalled. Flocks and gaggles clogged the sidewalks and shopping centers. We did grab a sandwich, so I guess we contributed to the mess. However, it seems that most folks we saw were planning on spending their mountain time shopping in the endless tackiness. It reminded me of Gatlinburg, Tennessee that similarly lies outside of the Great Smokey Mountains Park. We finally cleared the visual desolation and entered the park. 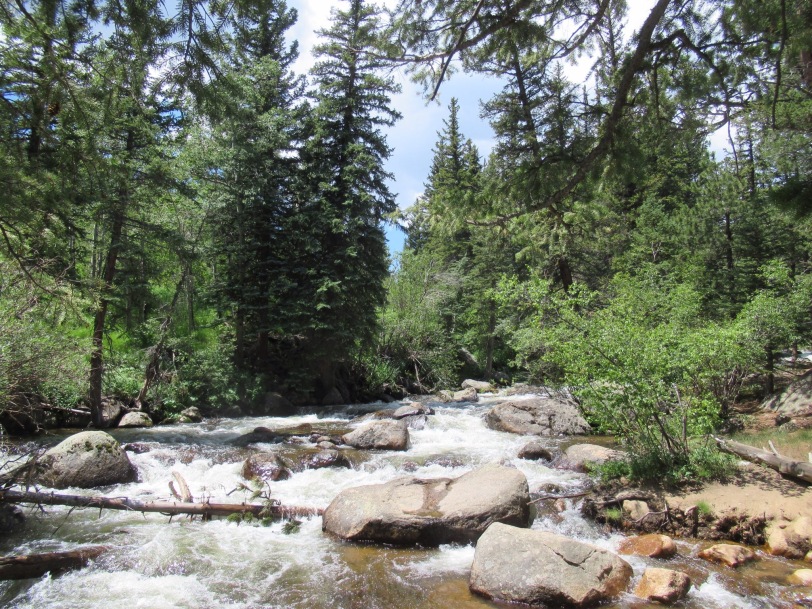 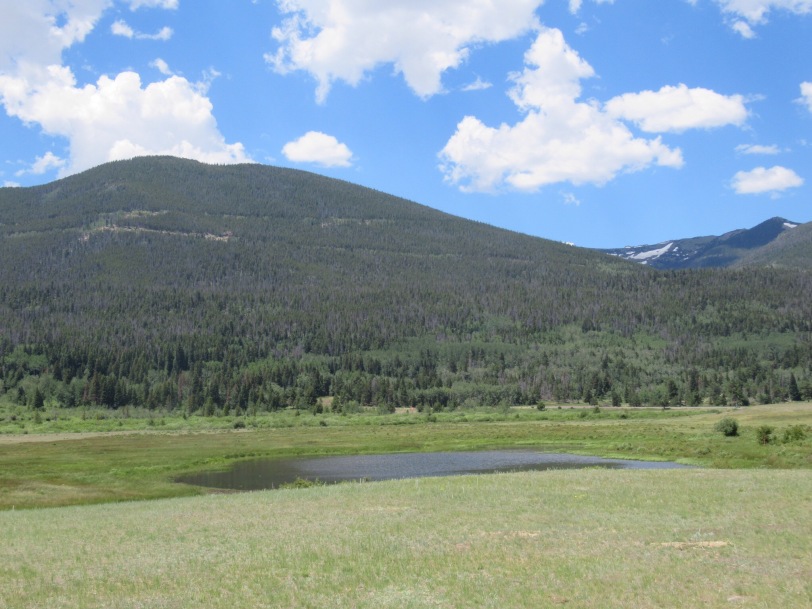 The large mountain meadow near Sheep Lakes was in mid-day devoid of wildlife. No sheep or elk wanted to be exposed to the whir and click of cameras. The view itself was great. We continued until we found a shaded picnic spot by a rushing spring. A quiet lunch was the high light of the day. We were not alone but given the general busyness of the place, it was fine. By this time we had decided to not tempt fate by taking a long drive and exploring. Instead we would settle on taking a few photo opps and heading to  Bear Lake with its impossible to find parking spaces.

﻿
Bear Lake is a small Alpine lake at 10,000 feet. The reputedly packed parking lot had a place for us. We made our way past the numerous crowded but appreciated pit toilets. We easily reached the lake shore and some good photo spots. It was also at this time that we saw some backpackers and my faith in humanity was restored. The ones that we saw were pretty clean and lacked that grime that comes from a week or two in the backwoods. I concluded that they were returning overnighters or were exceptionally proficient at sanitation. Anyway, I was glad to see folks who made the effort to see the real mountains. 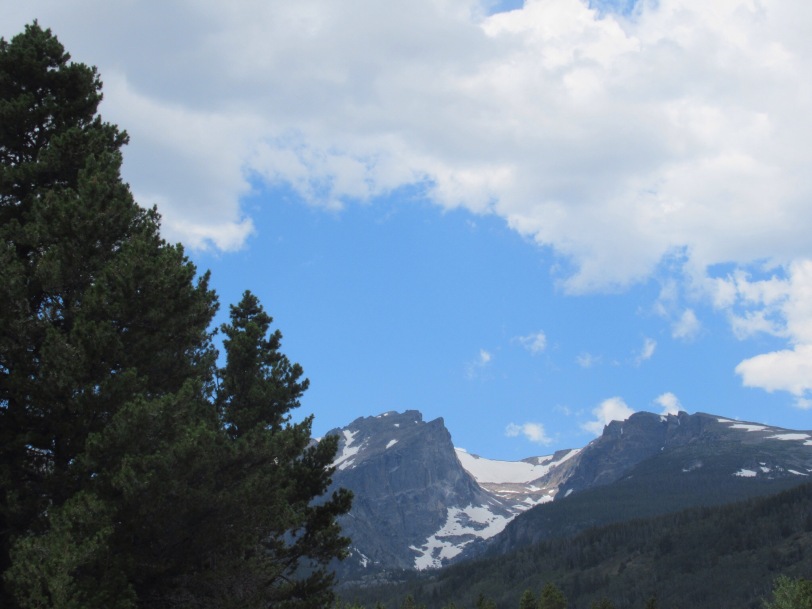 At this point I concluded that we would return here in late August before heading home to California. At least we should be able to enjoy the roads and views and take a couple of short hikes. There are a number of inviting “short” backpacking hikes of a few days that we still might handle. I hope my Grandsons will enjoy these mountains like their Father did the Sierras. In the mean time it was time for us wind our way out of park and return to the flat farmland of Eastern Colorado. 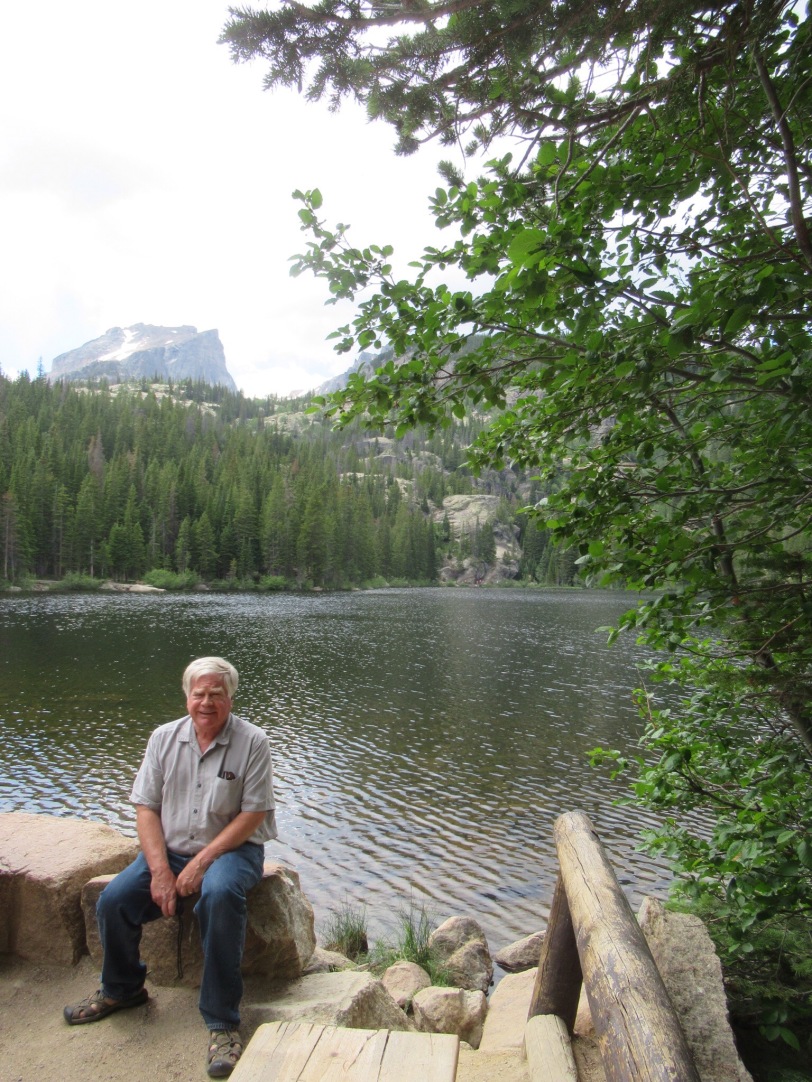 A few exciting days of helping with the move are planned before we hit the road to the East.

One thought on “Rocky Mountain Recon”