We left our Jerusalem hotel promptly at 8 to reach the airport with three hours before departure. The day of our leaving coincided with the arrival of dignitaries from all over the world including President Obama for the state funeral of Shimon Peres. Ex-President was one of the great peacemakers in Israeli history.

The normal way to Ben Gurion International was blocked for security reasons. We made it in about an hour instead of the normal 45 minutes. Despite,the heroic efforts of our terrific Israeli guide Eriz we too were,caught up in the jammed and seemingly chaotic check-in. After clearing the initial security screening and showing that the oil lamps that were given us in Nazareth we not dangerous we were in line for baggage checkin and ticketing. We were approached by an airline official to see if we would accept bumping. The deal got better and better. They were badly overbooked. Four of us were willing but four needed to get home soon.

So Audrey, Dan, Peggy and I chose to be limo-ed to a beach front hotel for the next two nights. We have great rooms with all meals and a cash bonus for our troubles. We even got a chance to see Air Force 1 but they had no empty seats for us. We will survive.

Peggy and I spent a couple hours bobbing in the surf and being nibbled on by littleMediterranean fishes. 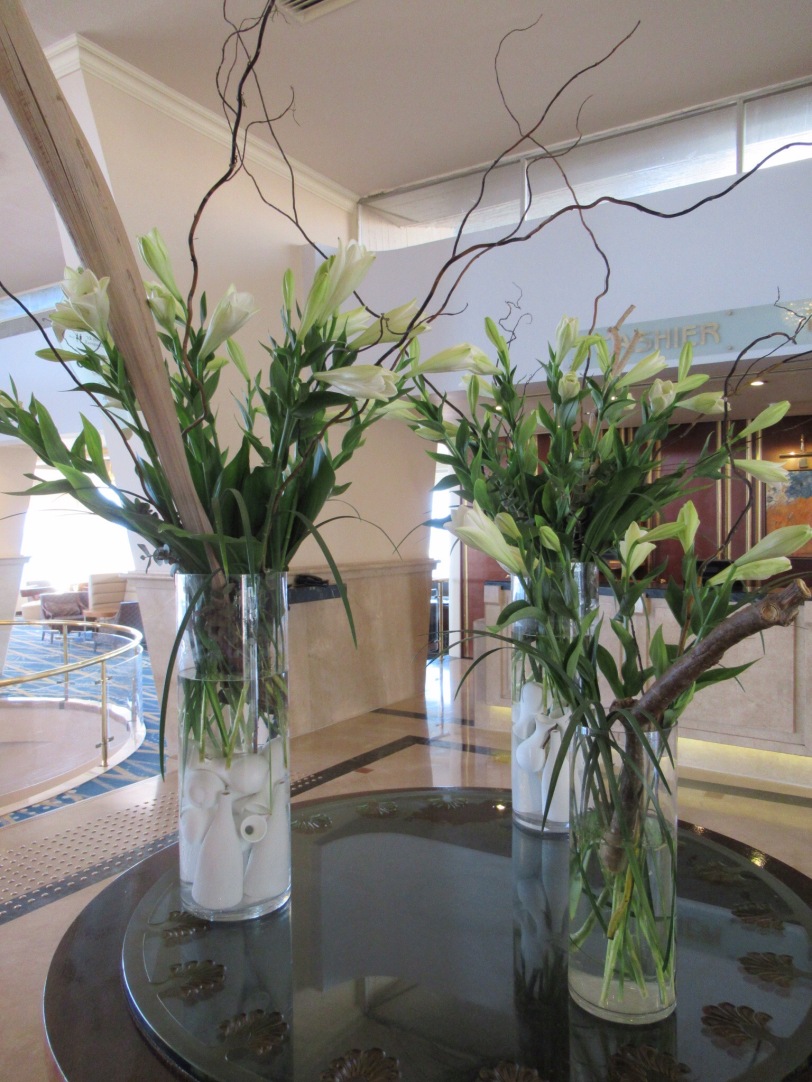 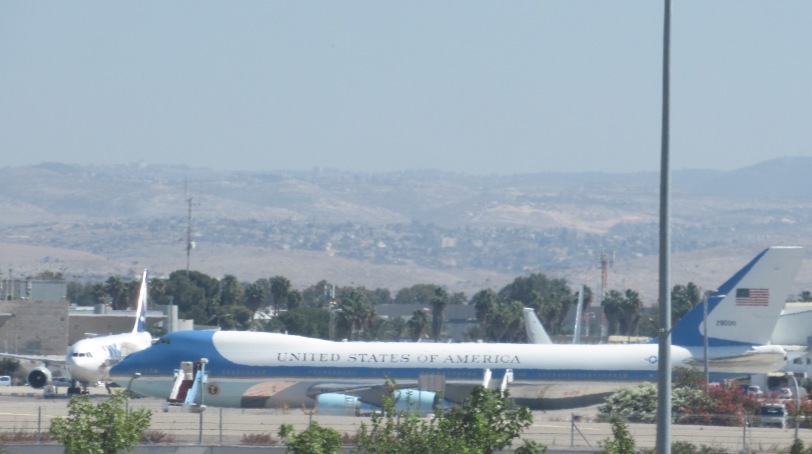