Stockholm, A City We Could Live In

Stockholm, A City We Could Live In

After the usual large Scandinavian breakfast and some schnapps recovery time, we headed for Stockholm with Christina. We were going to meet our other cousins, Lena and Vlva with whom we share common great grandparents. We drove through remarkably civilized streets to see places where our grandfather lived. The buildings are all well maintained and look almost new despite their age. Unfortunately, his birthplace has been replaced by a newer building. At least it wasn’t a McDonalds.

We parked and started one of our many walks. We were to meet the sister cousins at the Royal Theatre where Lena worked. Both sisters come from a long artistic tradition that we would gradually learn about over the next two days. We ate lunch on an outdoor balcony at the theatre. Much better than our usual jambon and fromage picnic. 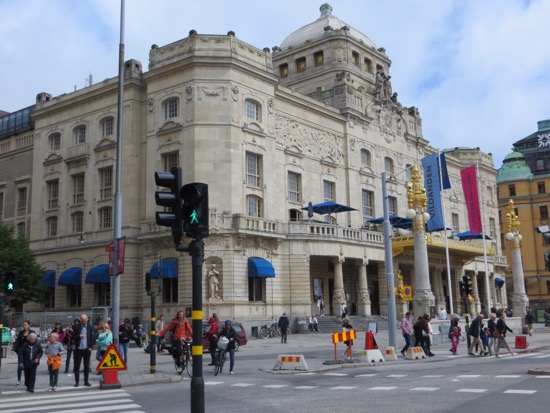 We boarded the local tram and headed for the Vasa Museum. The Vasa was the pride of Gustavus Adolphus’ navy until it sunk within an hour of launching in the Stockholm hour. It was raised and restored over a period of almost thirty years. Today it resides in its own museum near the dock where it was built. While the ship from the 1600’s is impressive, I was more impressed by the efforts of the archeologists and restoration people who worked decades to preserve the ship. The ship stands as a monument to what happens when politicians dictate design to the technicians. It was too tall and not wide enough and tipped over and sunk in the first breeze. 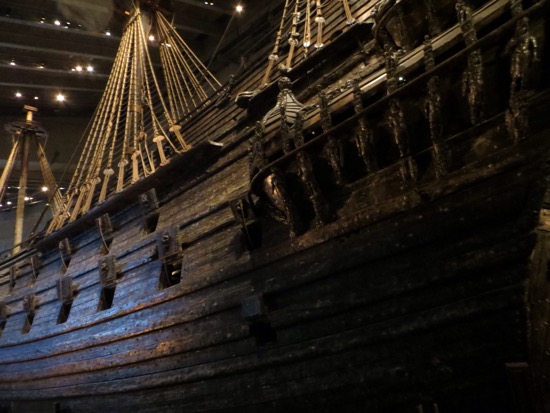 After we left the Vasa Museum we rode a water taxi-ferry a couple of stops before climbing to a wonderful location to see the harbor and Stockholm. Since the city is built on some 14 islands, the whole city is within easy reach of water. The nine million Swedes own a million recreational boats and use them. Unfortunately, we don’t have the time to cruise around the archipelago of hundreds of islands off the coast. Next time.

We had reservations a restaurant near the theatre where actors and theatre folks hang out. To get there we walked through the fashionable shopping and entertainment areas. We saw the youth of the city enjoying Friday night. In a very egalitarian society, it was strange to see the auto dealer with Bentleys. Cousin Vlva, the psychotherapist explained that the conspicuous consumption was desire to ape Americans. I told her that I was surprised. 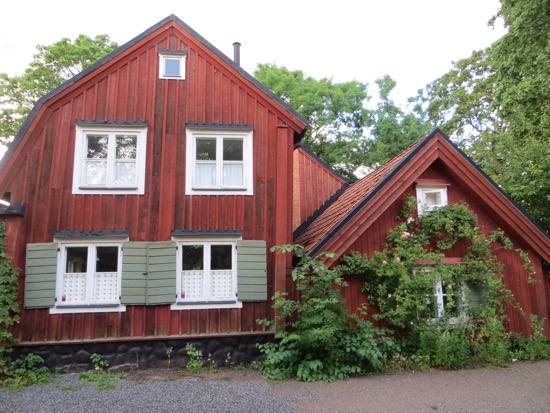 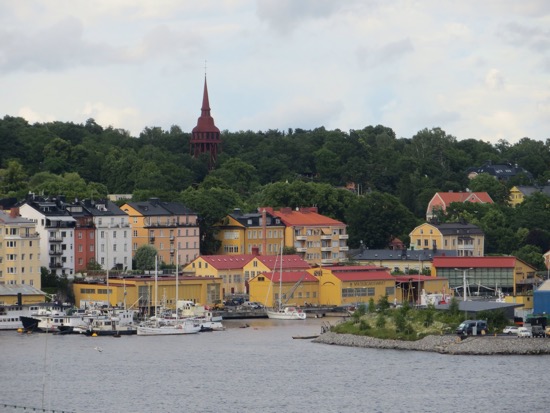 Our dinner of meatballs and chicken was very nice. Christina’s other daughter Linda joined us with her friend Gary. We returned by foot and subway to our hotel and collapsed.

One thought on “Stockholm, A City We Could Live In”