If it’s Tuesday, it must be Belgium

If it’s Tuesday, it must be Belgium

We started the cool, overcast day with a freeway ride across northeaster France in the region known as Picardy. We were driving across lush French countryside which one hundred years ago was a nightmarish moonscape of death and destruction. The four years of trench warfare essentially destroyed a generation of French, British and German youth. The Great War or World War I in American terminology saw death on on a murderous, industrial scale. Our plan to was to visit one of the few remaining relics of the trenches in Flanders.

In 1916, a largely Canadian force held a  section of the Ypres Salient known as Hill 62. Ypres lies just across the Belgian border from the the French city of Lille. The trenches that we saw were some of the remnants from a system that extended from the North Sea to Switzerland. Some 800 miles. The collection of relics and memorabilia was extensive but failed to have near the impact of the collection of shells, shell fragments, twisted metal and demolished trees that were assembled by the landowner farmer who was trying to reclaim his fields after the war ended. The quantity is almost beyond belief. 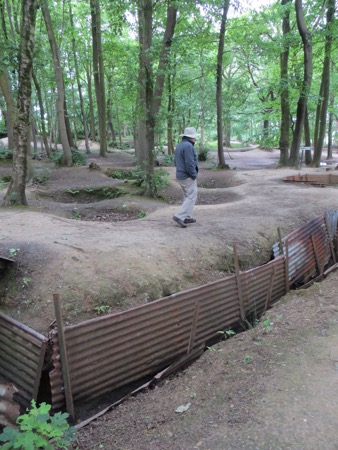 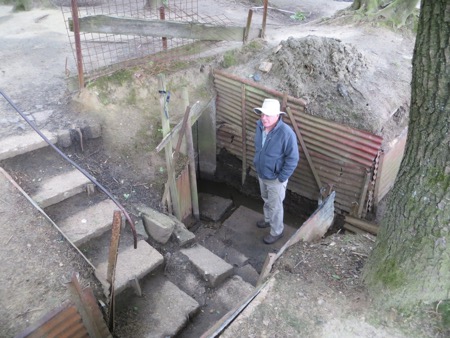 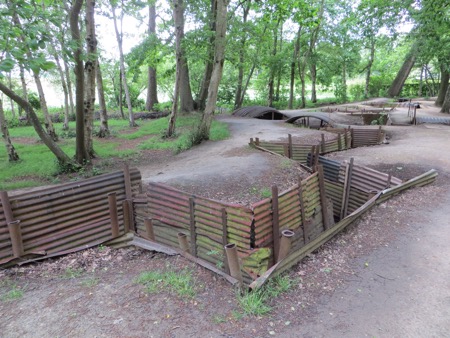 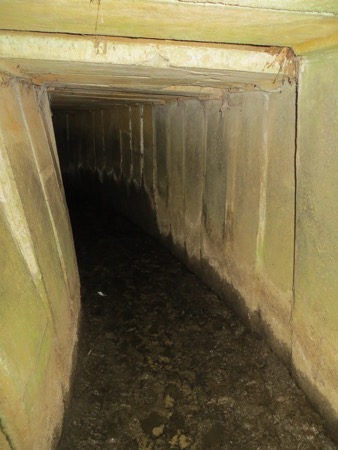 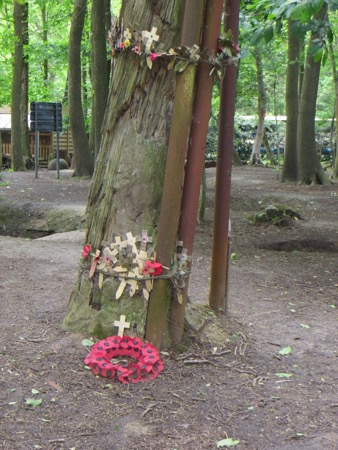 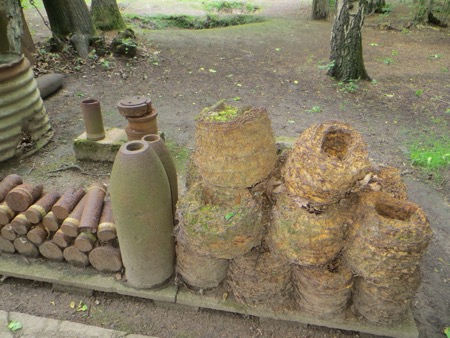 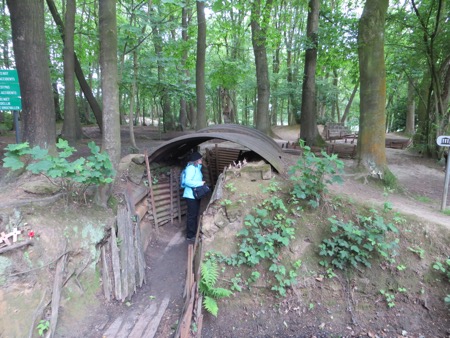 The site was full of tour busses carrying largely British elderly folks and students on a field trip.We heard no other Yanks although this is not surprising as no American units fought in this region of Flanders. However, I have seen few Americans visiting the WWI battlefields in the past. Perhaps it is part of our American frustration with the outcome of the war  as it seemed to guarantee another war for the next generation.

We left the battlefield and headed for Brugge  about one hour away. Our room on the Barge Hotel was not ready so we started to explore since we had a good parking spot.  My map skills are out of date and probably shriveling with the use of our GPS buddy, Tom. I managed  to take us in the wrong direction for a kilometer. We need the exercise. We found our way and found the Michelangelo Madonna and Child in the Church of our Lady  after it was returned by Matt Damon and George Clooney. 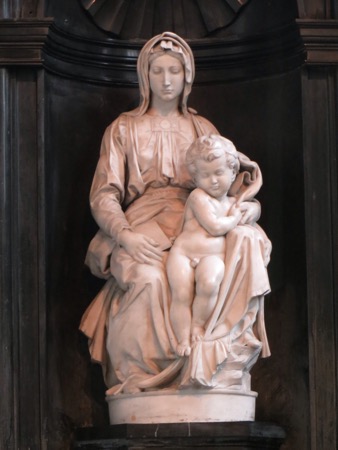 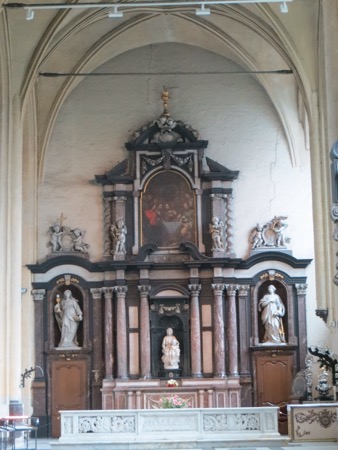 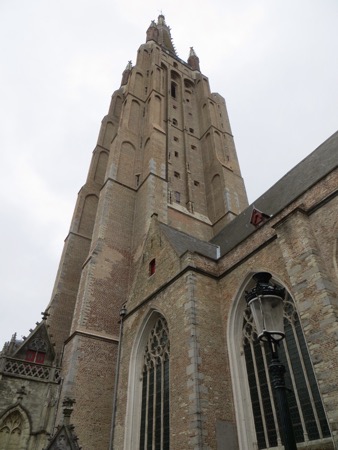 We wandered the wonderful city with thousands of other tourists. The canals are sublime but the motorized putt putts filled with tourists and bored guides was a bit of a turn off. The endless chocolate, waffle and lace shops were easy to pass up but Peggy found the grand prize. The city bell tower has 366 steps with plenty made of wood. Since the wood steps were only a couple centuries old I figured that the termites could not have made their way   through more than half the structural parts. We perservered and were treated to a bell ringing show conducted by the 1750 carillion. 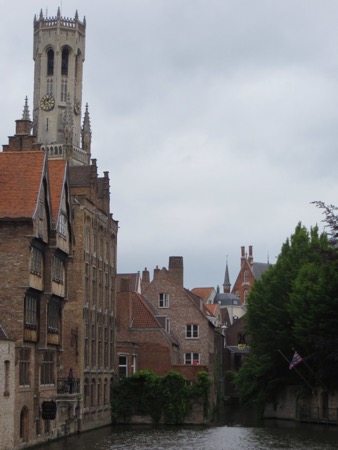 We found the perfect fish market for my sister, Vicki. It was empty and not a fish in sight. 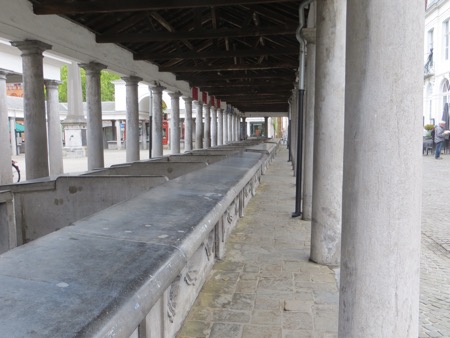 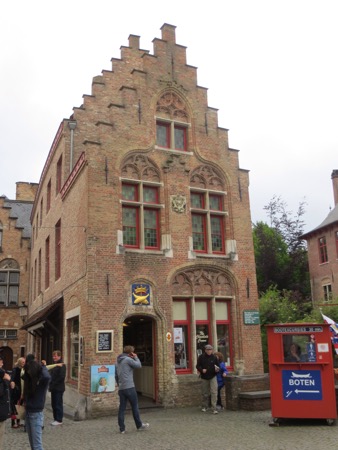 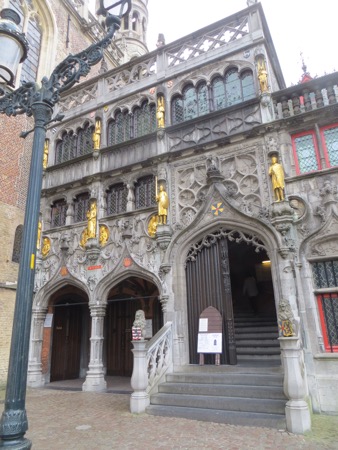 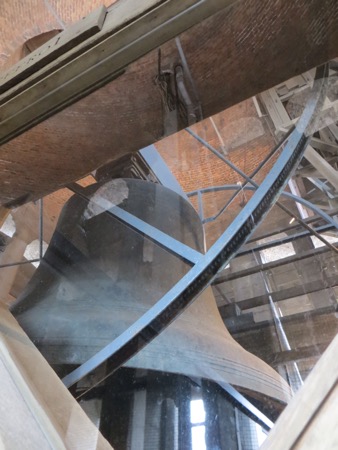 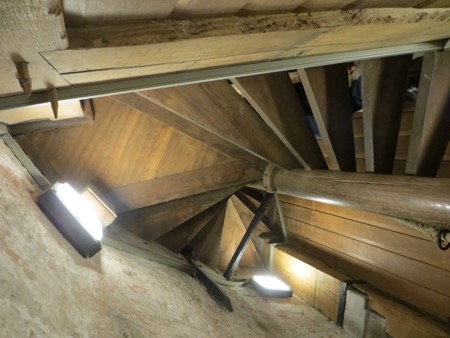 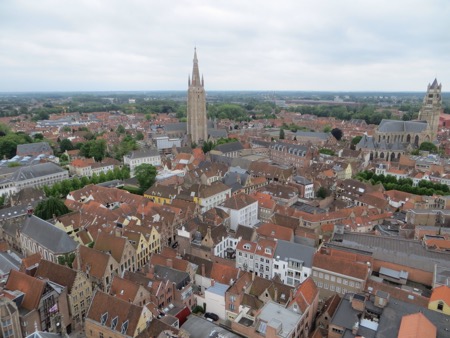 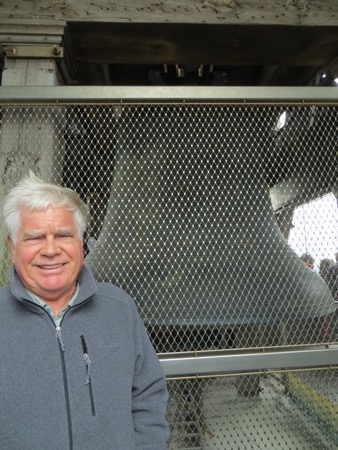 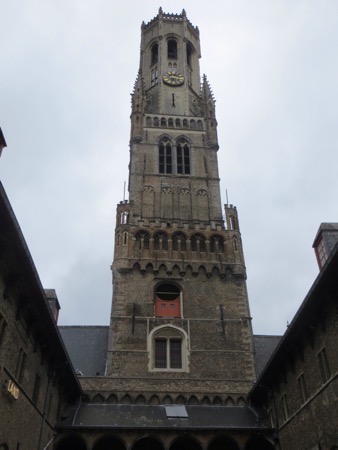 We managed to return to our barge and collapsed for a nap. I snuck out and foraged for picnic supplies at the Carrefour.  Since this is Belgium, we had to have a rasberry  and a cherry beer. I’ll be ready for bed as soon as I finish posting. 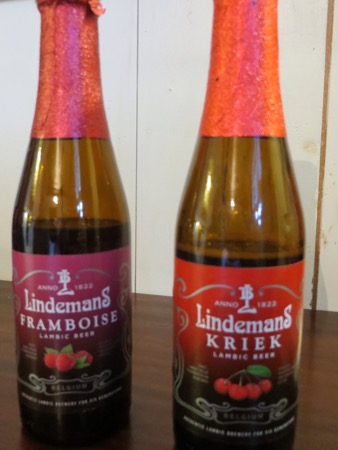 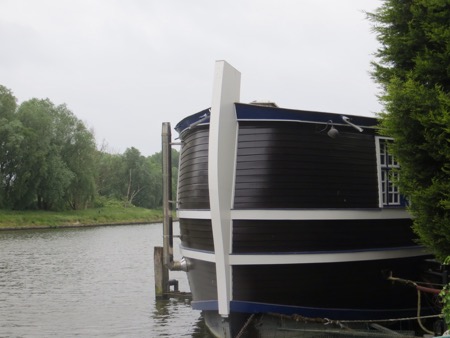 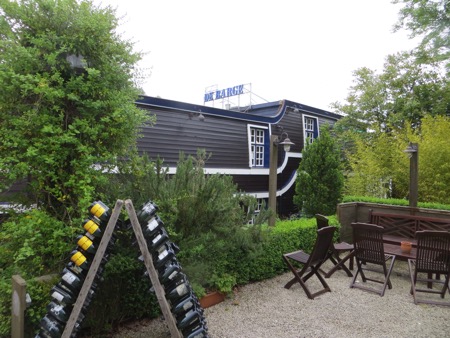 5 thoughts on “If it’s Tuesday, it must be Belgium”