68 men loaded with almost a million dollars in gold landed on the Seattle docks in July, 1897. The news ignited the Yukon Stampede as some 100,000 argonauts set out to find their own riches. Only 30,000 would reach the Yukon gold fields and even fewer would find any gold. Most those who got rich mined the miners. A good example was Donald Trump’s great grandfather who gathered up the dead nags from dead horse trail and resold them as horse stew in his hotel/restaurant.

The Stampeders initially sought to reach the Yukon by climbing Chilkoot Pass the 16 times it took to carry the one ton grub state required by the Canadian authorities at the top of the pass. The Mounties did not want 10’s of thousands of starving miners on Yukon in winter. The difficulty of this passage made the idea of a railroad attractive and by the summer of 1898, the White Pass & Yukon Route railroad was under construction. Within a year the railroad was ready for passengers and freight to Lake Bennett where steamships could finish the trip to Dawson City and the Yukon. It is still consider and engineering marvel on the level of the Eiffel Tower and the Panama Canal. Today the railroad mines the million or so tourists that arrive in Skagway each year.

We had arrived in Haines earlier in the morning. A 14 mile ferry ride was required or reach Skagway where we were whisked by bus to the train depot. We boarded and were soon on our way to the Canadian border some 21 miles away. The first third of the rail venture was cloudy. By half way up the 3,000 foot climb, we were in the clouds. It was cold but we still ventured outside on the platforms to take pictures. For someone who is not overly fond of heights, it was OK since I could not see all of the shear drops over the edge. I was doing mental calculations about the balancing of a 8 foot wide train on a three foot train track. I was reassured by the relaxed nature of the crew.

We finally reached the border and took pictures of the international border shrouded in fog. We reversed our seats and headed down hill at a considerably faster pace. We reached Skagway and got on our bus to the docks. The year round population of Skagway is 300. There were four large cruise ships parked there in addition to our ship in Haines. You can estimate that there were at least 12,000 tourist packing the t-shirt and diamond stores. We just passed through dodging tourists standing in the middle of the road. Since we had been to Skagway when the roads were gravel and the sidewalks were wood, we were not disappointed to miss the walk around town. The building covered in small sticks is still there.

We returned to Haines and had lunch before setting out to explore the town. Haines has a normal population of 2400 and relies on tourism to a much smaller degree than Skaqway. There were plenty of places to by souvenirs but the emphasis was on local crafts and arts. Most important to me was a bar where I could upload a few blog entries and download pictures of Barrett. Mission accomplished and we admired the totem pole carving in process by one of the local Indians.

The town featured a number of civilizing elements like a nice public library with free wifi, an elaborate park with structures that model the traditional Indian meeting houses, and a nice small boat harbor. It was an actual small town and was satisfied to not have the Skagway craziness. We only saw a few Bald Eagles as they don’t gather here until October. Fort Seward still stands but we didn’t walk through it. By the way, Haines was founded in 1910 as a Presbyterian mission. I am not sure if the local loggers and fishermen are Presbyterian but the town retains a steady normalcy.

The high light of Haines is probably the world famous Hammer Museum featuring some 3,000 different hammers on display. They represent various hammers no longer in use like those of stone masons. Some were numerous and fanciful but the place was unique. Not to be missed.

Tomorrow we head for Juneau. 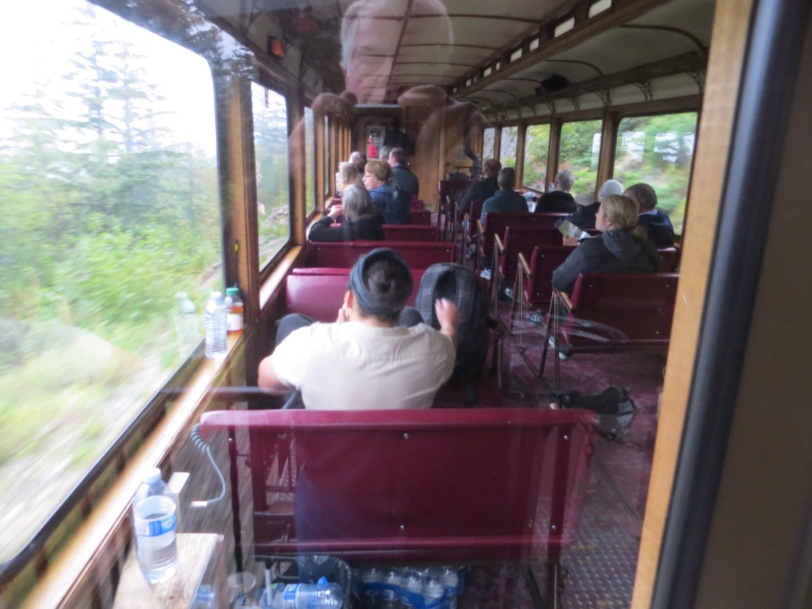 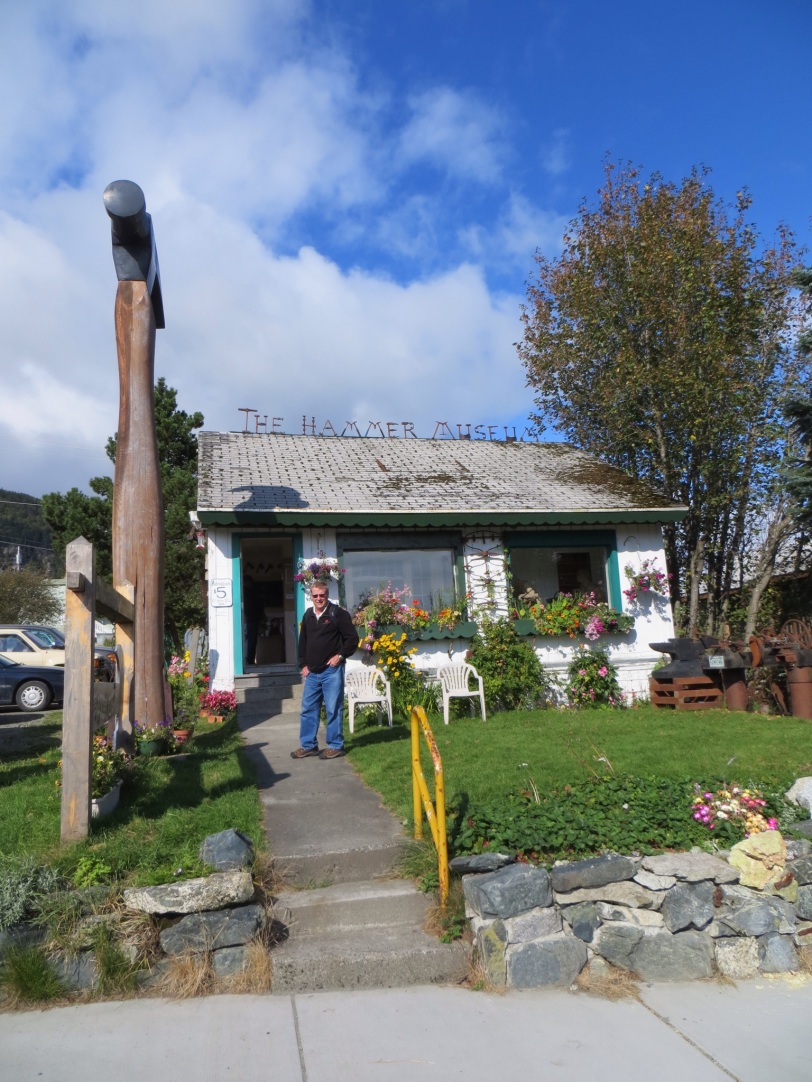 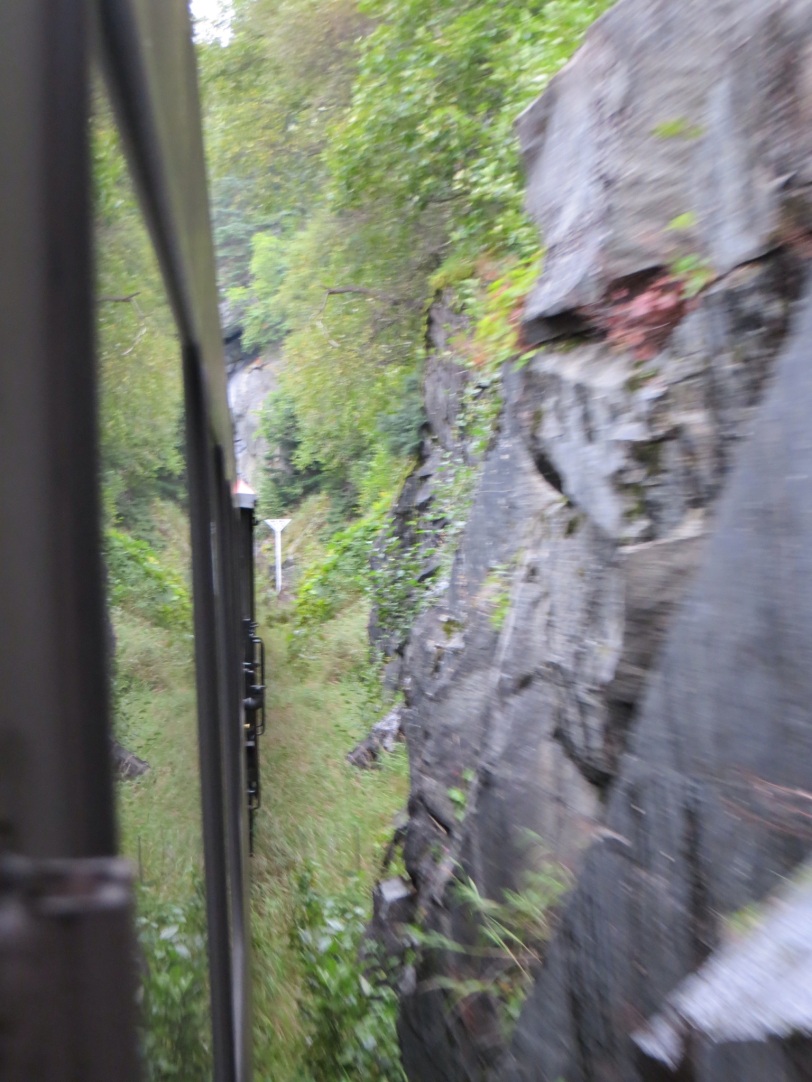 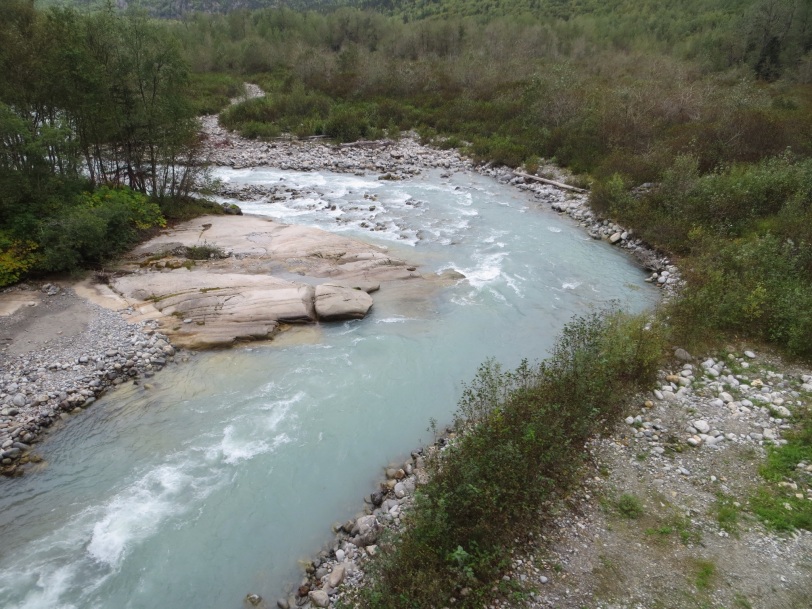 2 thoughts on “Stampeders and Trains”