Today was the day to take a drive to see one of most famous mountains in the world. We were cautioned to not expect much because in the spring the mountain is usually covered with clouds. It looked that way early in the morning.

Reiko managed to handle the endlessly windy roads through the mountains with good humor. We did stop for while to see one of the historic checkpoints on the trail between Edo (Tokyo) and Kyoto. Hakone Sekisho is a recent restoration as a result of excavations from 1999-2001. All travelers were checked for weapons including women who were known to hide weaponry in their hair. I can only imagine what they would have thought about Dreads. The pamphlet says that the primary purpose was to keep weapons outside of Tokugawa Edo and to stop women attempting to leave the capital. The reconstruction was done in a very professional manner using traditional tools and techniques. The mannequins effectively added to the atmosphere of medieval oppression.

Hakone itself was was jammed with tourists. Some were there to ride the boat on Lake Ashi. Some like us we there to drive around the lake and get pictures of Mt. Fuji. There was a cable car but fortunately is was shut down because of high winds.

We had a lunch of noodles before heading to Gotemba where a waitress said the viewing might be better. We got some great pictures next to a restaurant with a Dutch windmill. We then took to the “Skyline Drive” through the mountains. It was a good decision. The clouds actually left the mountaintop and we got what we wanted.

Peggy and Reiko are reviewing life. I am ready for a nap. 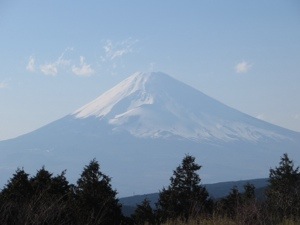 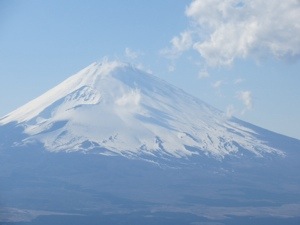 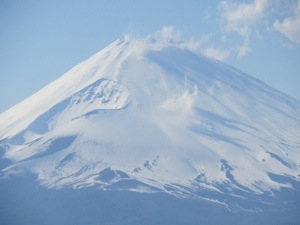 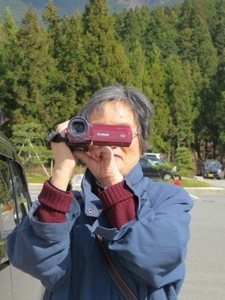 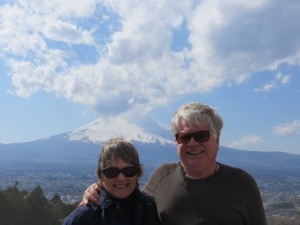 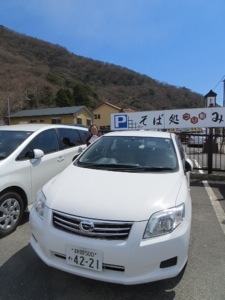 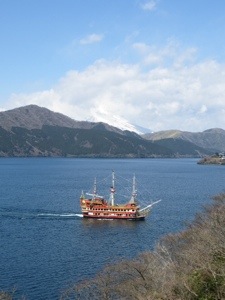 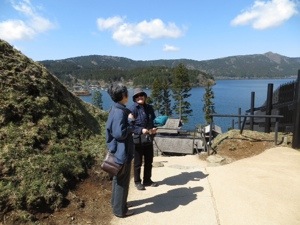 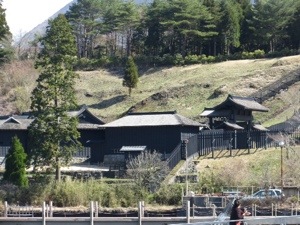 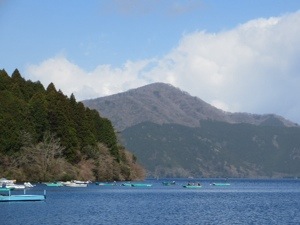 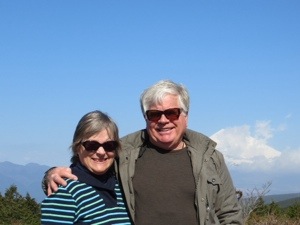