Just returned from a trip to Mr. Mikimoto’s Pearl Island. We still are under the spending limit. Even moving the decimal twice doesn’t help much. It was fun to see the girl divers putting on a show about how they used to harvest the oysters. The reality is that today it is done on an industrial scale with no diving in cold water.

We learned how every Mikimoto pearl has a little bit of Mississippi in the center. They use freshwater oyster shells from the Ol’South for the nucleus of every pearl that they implant in the gonads of a Japanese oyster. There has to some humor in there somewhere.

We also wandered around the mother of all Shinto shrines, the Ise Jingu. Maybe because it is Saturday, the place was packed. There were very few non-Japanese. I did take a picture in the main shrine by accident since there are no signs in English. I apologized to the guard but kept the picture of the rotund priest. There were ceremonies for kids and elderly people underway. There were also many Japanese dressed in normal and even grubby street clothes. We were not totally out of place. The place receives six million visitors here a year. To Shinto believers it is like visiting Mecca.

We walked around the Geku portion of the shrine since the more secret shrine is not open to any public. It contains the bronze mirror that the sun god gave to the first Japanese Emperor. No one has seen it since. Not even the Emperor is allowed to take a peek.

The shrine differs dramatically from a Buddhist temple with the statues and bright decorations. The Shinto style is unadorned, exquisite wood work that is ritually torn down and reconstructed every 20 years. As a result most of the shrines appear brand new since they have just finished the 2013 remodel.

The shrine is essentially Japan on its own. It reckons back to a time before Chinese, Korean or even Indian influences became incorporated into Japanese thought. The buildings give a hint to the real focus of Shinto. It is an agricultural religion much like the ancient Greeks and Romans with gods and goddesses that bring healthy harvests and fertile mothers. The Japanese never anthropomorphized their Shinto kami spirits. The buildings are designed to be similar to ancient granaries. Anyway, the visit was interesting but exhaustive. Pearl shopping had more appeal.

Pearls of Travel Wisdom. Bring shoes that are easy to get on and off. To paraphrase, Shoes On, Shoes Off. Do not jaywalk, no matter how safe it looks. Japanese ice cream will not replace Gelato anytime soon. Japanese bathrooms are plentiful and clean and always have TP. Trains run on time and have helpful staff. I find their slippers treacherous. Bring nice colorful socks and you wear them instead of too small slippers. Watch out for potty slippers. They are different than the regular ones. You are discouraged from wearing them outside the potty area.

Tomorrow a fast train to Hiroshima. 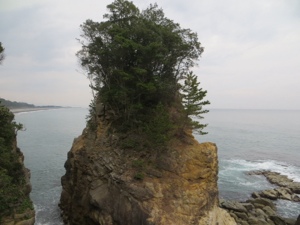 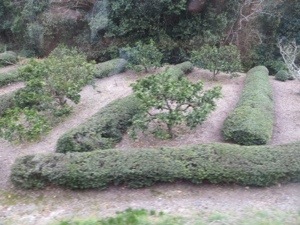 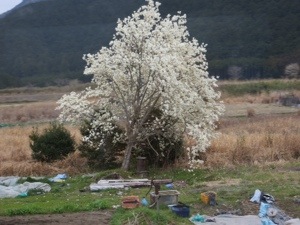 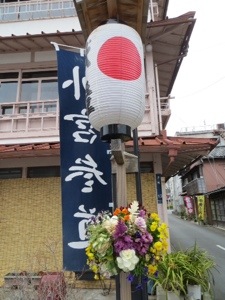 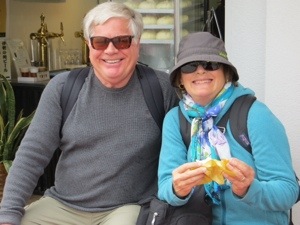 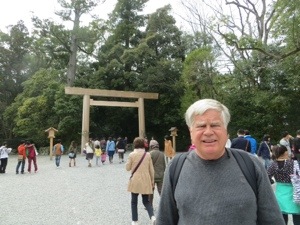 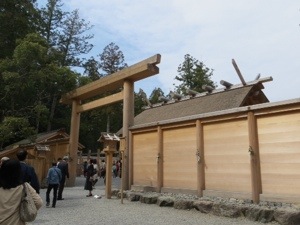 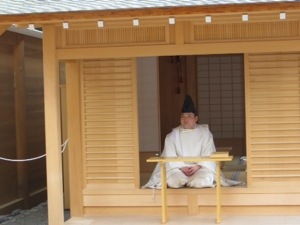 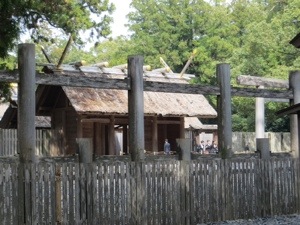 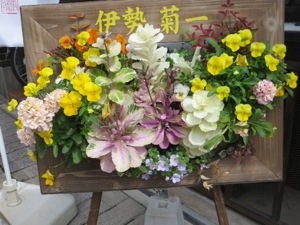 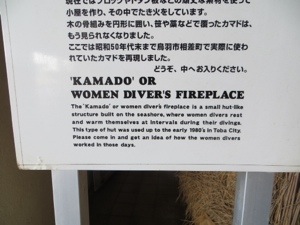 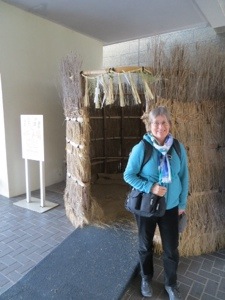 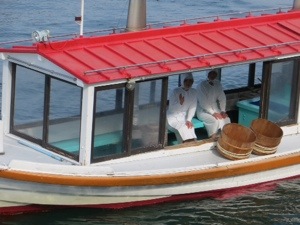 2 thoughts on “Pearls of Wisdom”