We asked some well-traveled friends what to see in Japan. They said Kyoto, Kyoto, Kyoto. They were right. I felt like Clark Griswold today. We managed to see 4 World Heritage sights today. The sun was shining and the picture taking was great.

Started this morning with the Golden Pavilion Temple complex more accurately known as Kinkaku-ji. Built by the Shogun Ashikaga Yoshimitsu was a 14th Century wash out as a Shogun. He abdicated in favor of his 9 year old son and built this villa as a retirement home. After his death it became a Buddhist monastery.

It will quickly become apparent that Peggy’s observations today sum things up. Remember the old joke about in Heaven the French are the cooks, the British are the police, etc. we need to add the Japanese as the gardeners. She also observed that the mystery of the Japanese love of the camera is solved. I am sure that we took another 400 pictures today. It is impossible stop shooting

We walked a mile to another temple Ryoan-ji created in the 15th Century. Its Zen rock garden is probably the most famous in Japan. There are 15 rocks. It only 14 can be seen at any time. The crowds were sparse and we could actually sit and try to count them all. The temple rooms and their painting were wonderful as were the gardens.

We caught a bus to the Ninna-ji temple that was originally built as a retirement home for emperors. Not bad diggs. Even had a pagoda to match the one we saw a couple days ago. The raked sand and the cone pile gave me an idea about what to do with my gravel pile near the pump house. Goldie, our lovely cat would be right at home here.

We rode the bus across Kyoto to our last temple, the Gingkaku-ji AKA the Silver Pavilion.we walked its gardens along with a crowd but the Japanese are very polite and take turns at the the likely photo spots. It was fine. Also enjoyed Peggy’s first Asian street food. Bet you would never guess that we had ice cream. Managed to trek a couple of miles along the Philosopher’s Path along side a creek.

The bus ride and to Kyoto station was long primarily because we managed to get caught up in a marching band completion that shared the road with us. Peggy got some great pictures of the kids playing their big brass band instruments in the middle of the traffic. My favorite group was dressed in Penguin suits. I guess they are the Fighting Penguins. Plenty of recognizable music played by the 100 or so bands. Enjoyed hearing Sousa’s Stars and Stripes Forever.

Back in our humble room. We will be spending one more night in Kyoto so that we can go to our appointment at the Emperor’s Palace. Not sure how I should dress.

Enjoy the pictures as I am too tired to write much more. 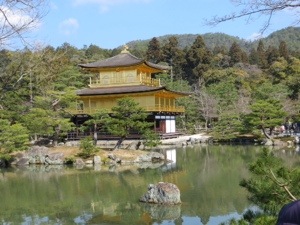 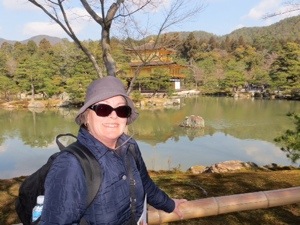 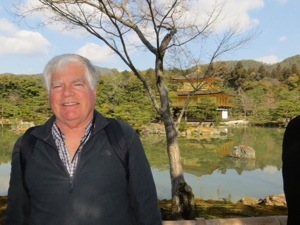 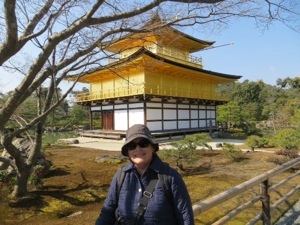 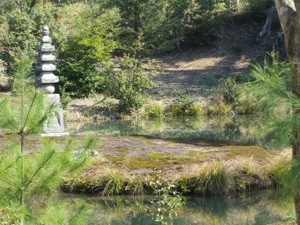 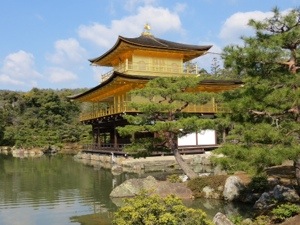 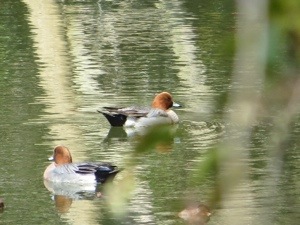 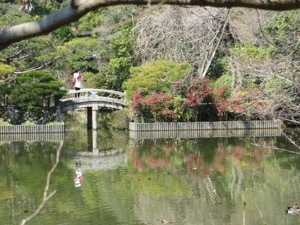 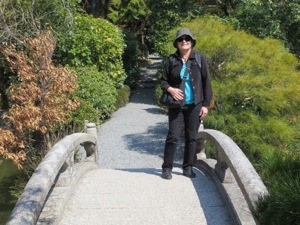 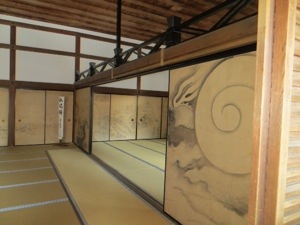 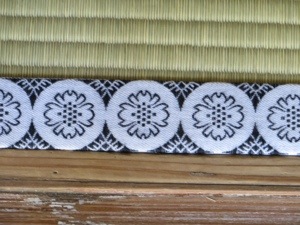 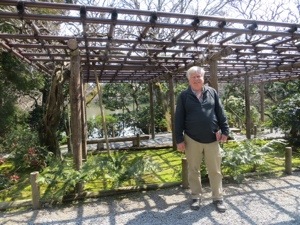 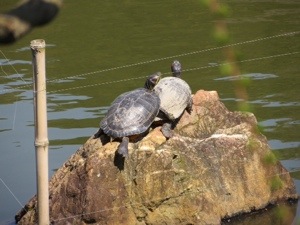 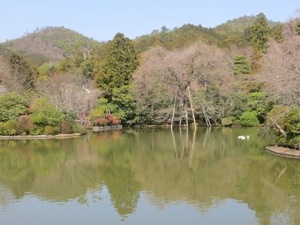 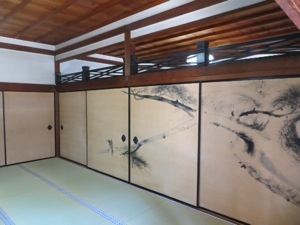 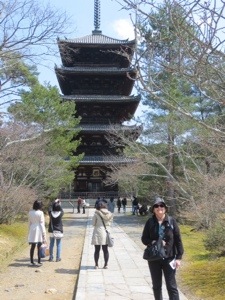 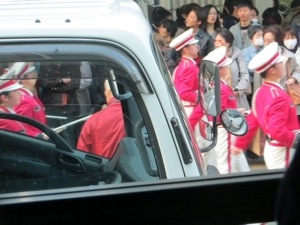 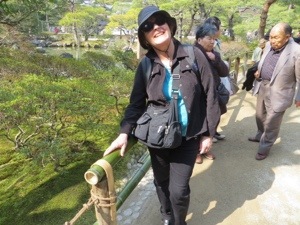 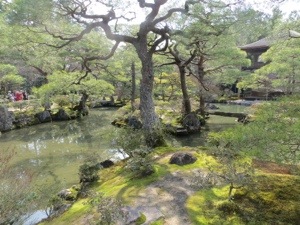 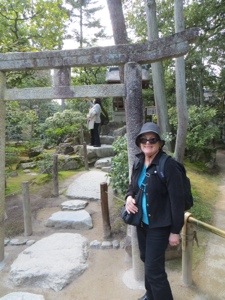 5 thoughts on “Kyoto Continues to Amaze”