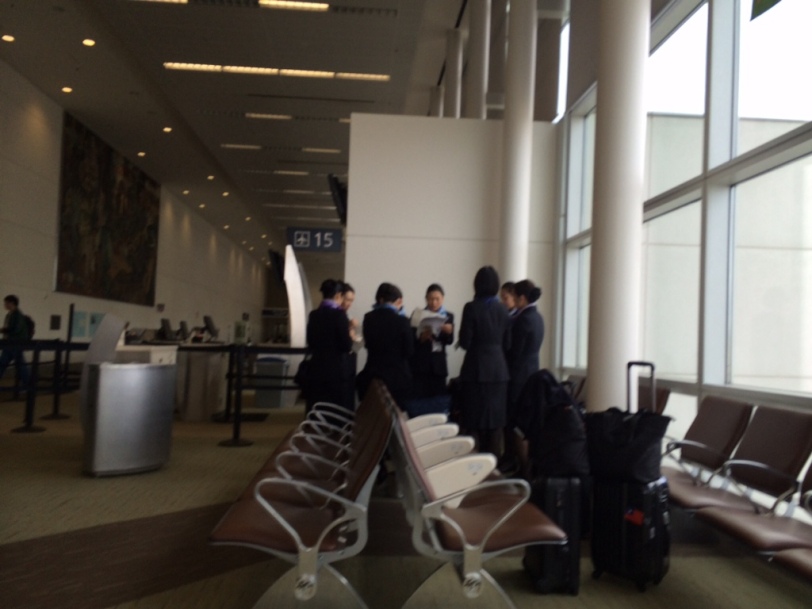 We arrived at the San Jose Airport easily enough. If fact we arrived before the airline desk opened. It was worth the early arrival. At opening time the young Japanese counter people came out from behind the counter. They lined up and bowed to Peggy and I. At least that is how I interpreted it. I bet they bow to all the customers. It was a much nicer way to start the flight than meeting the occasionally surly folks behind the counter on US carriers. I do realize that we live in the land of equality and such but the royal treatment was appreciated.

An international departure from Sam Jose was a piece of cake. Peggy avoided the special attention at security that she usually warrants. The walk to the gate was just a couple of minutes instead of an expedition.

After a long wait we boarded a newish Boeing 787. It was spotless. We quickly started our monkey see, monkey do routine. The warm wash cloth was to wipe your face and hands before the meal. I appreciated the Kirin Beer shortly after takeoff and the Cab from Languedoc that arrived with the meal. I attempted the chopsticks and retreated to the fork shortly after the miso soup. The attendants were very pleasant and did not seem to mind showing us the food choices on a plastic picture menu. The food even looked like the pictures.

The 5300 mile flight took us over the Aleutians and according to the map, we crossed over geographic features like the Chinook Trough and the Emperor Seamounts. Fortunately we did not get close enough to examine them.

Blankets, pillows, headsets and the other necessities were there from the get go. We didn’t have to beg or plead for anything or hand over a credit card. It felt like they even wanted us on board their plane. I managed to watch three movies on the ten hour flight. I am a Hobbit addict so I watched the middle of the prequel trilogy. I also watched 12 Years a Slave and Gravity. I do not recommend watching space craft blowup when you are traveling at 40,000 feet. The plane is not even full. We have two seats by ourselves on the outside. There are empty rows behind us. The passengers don’t push or drop stuff from the overhead on you. While everyone seems to have gizmos like me, they do not turn up the clicking game sounds and other similar irritants. There are no other blondes, or formerly blondes on the plane. I guess we are really heading to Asia.

A second meal and a few naps and we are nearing Tokyo. My watch says that we arrive in Tokyo at 10PM after leaving at noon. It will be 3PM in Tokyo but it is tomorrow. I am quote sure we will be lagged. Not sure if it will be worse than heading the other direction.

Our All Nippon staff doing their preflight pep talk.
It was amazing to see them scurrying through the terminal carrying departure signs and looking for wayward passengers. Not likely to see that at SFO.

Three hours in Tokyo…did not leave the international concourse. Still managed to get a feeling for Japan. There were the usual high end duty free shops. There were also stores stacked with stuff you cannot get enough of.

I did manage to pass on the Ninja slippers and I pulled Peggy away from the lucky cats. We also managed to partake in a Sake tasting. I still prefer Viogner. We finally got underway to Shanghai.

The plane was older and the clientele was very mixed. Many business people from all over on there way to make the deal.

Managed to doze off a little. Chinese customs and passport control were efficient compared to many other places. They even opened up extra desks to meet the demand. Baggage was there and I damaged. Did not see our driver. Another Chinese guy from a different company called our outfit. Our driver was there but had not see us as we were so quick. Sneaky and exhausted Americans.

The “limo” ride in an van that belonged in Zero Dark Thirty was uneventful. Our escort hustled us with tours that we needed to take until she had gone through her inventory. She was disappointed to find that I had already made the arrangements. It was a good lesson in cultural difference. In Japan, the Sake tasting was low key and followed with bows. In China, making money is the obvious focus. Should I say brazen?

The city was very busy at 10PM. The first impression is that Shanghai is the Chinese New York. Our hotel is quite a set up from our usual Motel 6. I will take some pictures today after room service clears away the rubble from last night arrival. 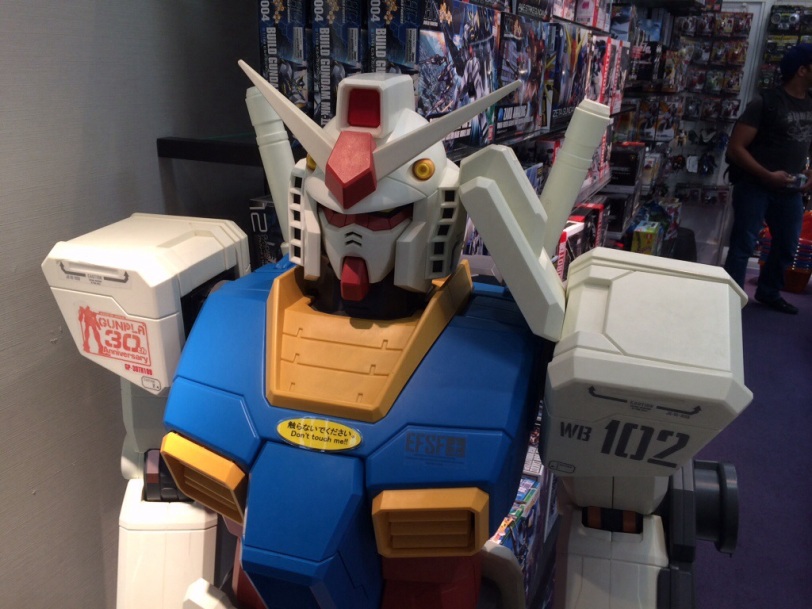 2 thoughts on “Things are Different”