Today was a great day in Venice. We left the ship with a rainy day forecast. We dressed for the part but only had a few drops. Umbrellas were never deployed. We had all day passes on the Vaporetto and used them well. We took the long route to Piazza San Marco and got off the water bus on the island of Guidecca which lies opposite St. Marks Square. We went into a church designed by Palladio with a crystal mirror to display the cupola. He was the Neoclassical architect that inspired our US Capitol building along with T J s Monticello. We took some pictures of the old Customs House before heading to San Marco.

Today we enjoyed the silliness of Venice and its little pleasures. Great pigeon poses near the piles of walkways for high water. None were needed today but they are ready. Headed into the tourist bustle looking for the Church of Zaccarias. He was the father of John the Baptist. Zaccarias ended up under this Venetian church after being relocated from where-ever he was buried before. The Venetians were great collectors. St. Mark is the featured head liner.

We proceeded up the Grand Canal on the Vaporetto and got off at the Rialto Market stop. It was fun to see the flotilla of gondolas gathered around the operatic singer in the middle boat. Also amazed to see the house entrances awash. Since there are Halloween decorations in the stores, I am trying to figure how the kids reach the houses. We did figure out how Venetians get their produce and fish. It was a great walk through the market. I think the favorite vegetable were the little peppers. The fish market has the smell of many generations of fishermen as well as their fish. Peggy can only handle so much of the odors. I find the fishiness wonderful.

Time for bathroom, vino and internet. We found a classic little Osteria buried near the Rialto Bridge. The frontage was no more than about six feet. Ventured into a real bar and ordered some excellent house red. Did the other stuff and enjoyed the ancient atmosphere and pictures of long time patrons. I thanked the owner for providing an authentic place. She seemed pleased. Besides it was a bargain at 3 Euro for wine and relaxation.

We returned to the fray and found Peggy a nice leather purse to go with her coat she wears. Of course we needed to look at several hundred bags in a dozen or so stores. Mission accomplished and she is happy. Rode the Vaporetto again to the ca d’Oro stop and hopped off. While this area was touristy it was much more pleasant than St. Marks. We window shopped and took a break for a Gelato. We found the ultimate Gelato combination. One scoop of 70% dark chocolate and one scoop of mixed berry. Best ever.

We finally found a great souvenir for my sister, Vicki. I am posing in front of it at a store. The sculptures will work perfectly at the entry to the the Dana Point house. So perfect that we ordered both for her front and back doors. I know she will be so happy.

Found a nice bottle of wine from a wine maker whom I recognize. I think it will be consumed with dinner tonight. We continued our walk through the Cannaregio neighborhood and just plain enjoyed the atmosphere. Tourists and locals mixed well. Nice street band that reminded me of musicians we know. Yes we contributed to the pot. We finally reached the train stations and the Piazza Roma where we caught the People Mover back to the cruise port.

It was just a pleasant day. We could almost imagine being Venetians for a little while. 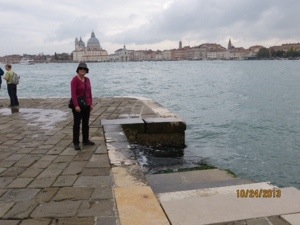 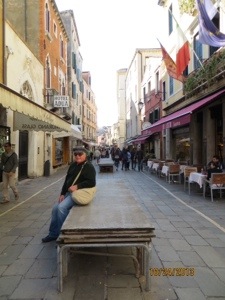 We had a great “sail away” from Venice. The sun was starting to set and the lighting was nice. We also enjoyed a bottle from our in room wine cellar. They continued to feed us Italian appetizers and dinner will be a challenge. Peggy had competition for the greatest ever picture of a seagull. There was a guy with a mega camera that took at least a thousand pictures of these relatives of pigeons. It was quite nice and you can judge for yourself from the pictures. 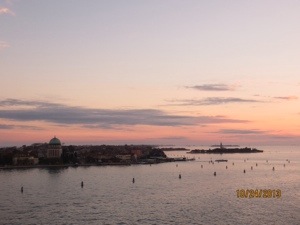 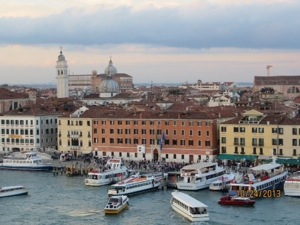 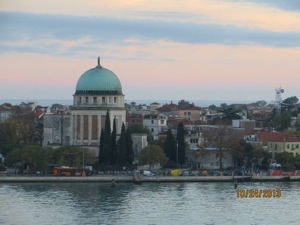 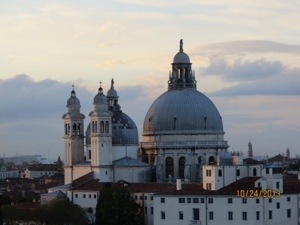 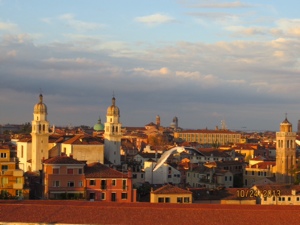 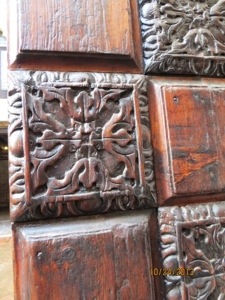 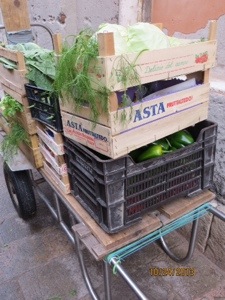 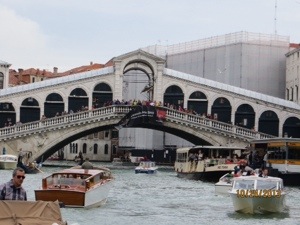 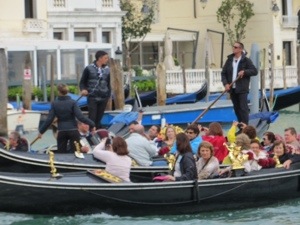 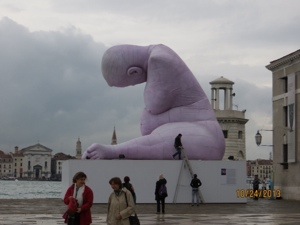 2 thoughts on “Venice, the Sequel”