To the End of the Earth

Until Columbus came along, Finesterre was the end of the world. Land stopped and the ocean began. The sun set where souls went to the islands of paradise over the horizon. The Celts and Romans both believed this to be true. The Celtic path became part of the Christian Pilgrimage with the development of the medieval pilgrimage. Today we went to the end of the world on a bus. Many of our pilgrim friends were walking. We rode with some initial embarrassment. Got over it.

Left the hotel and walked to the tour bus station and boarded without issue at 9. First stop was another bridge, Pontevedra, that was part of the pilgrimage path to Santiago from Portugal. Very pretty. Next stop was the overlooking the Galicia Coast in the shadow of numerous wind mills. We dropped down to the town of Murros, a fishing village. Nice little harbor with a zillion fish swimming around. Had a Limon in a tiny bar while being serenaded by the proprietor playing his keyboard. We also stopped at a waterfall that went directly into,the ocean. The guide said that it was the only place in Europe with such a geologic feature.

We finally reached Finesterre around 2. There is a lighthouse and some cliffs. Traditionally it is where Pilgrims burn their clothes. We chose to leave our exhausted books on a burn pile. Documented our littering with pictures. It was more emotional than we anticipated. Returned to the town of Finesterre for Paella and salad lunch. Again a nice harbor but spotted no schools of fish. Too many fish restaurants by the dock.

The next stop was the most dramatic. In Muxia there is a shrine dedicated to Mary, the protector of sailors. It is located next to the ocean and has a slanted floor to drain the place when the seas deposit a wave or two inside the place. The wind was howling but we managed to get plenty of pictures on the rocks. In the movie, The Way, Martin Sheen unloads the rest of the ashes into ocean at this spot. We kept our footing and did not take a swim.

Got back to Santiago about 6:15 and caught the bus to the airport where we sit waiting for our flight to Madrid at 10:15. Long day but well worth the tourist experience. Saw many pilgrims walking to where we rode. Got over the guilt in a hurry. We are heading home. I will try to post this when we get to our Madrid hotel. Hopefully. 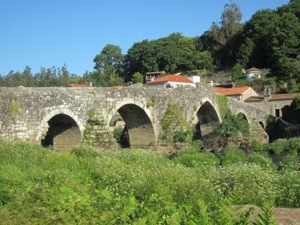 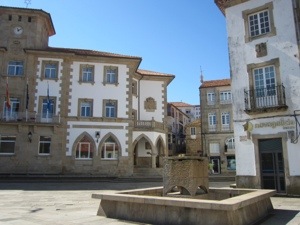 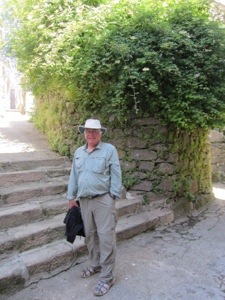 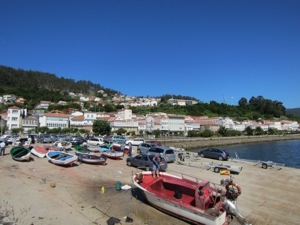 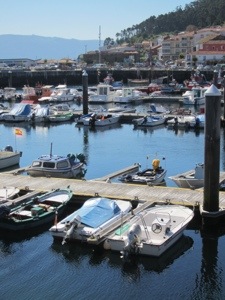 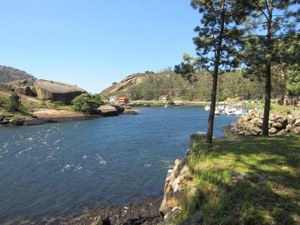 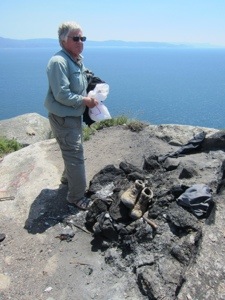 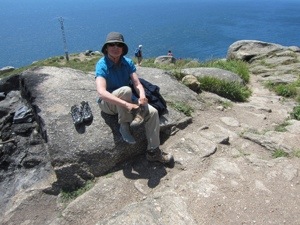 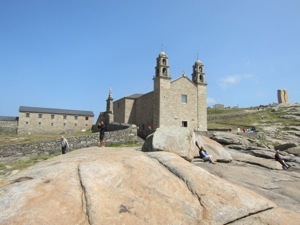 8 thoughts on “To the End of the Earth”