Today we walked more deeply into the foothills reaching the homeland of the Maragato people. But first we needed preparation since yesterday it reached almost 90 Fahrenheit in Astorga. Fellow hikers and us were concerned that it might be a scorcher today as we started to seriously climb for the first time in almost 250 Kms or over 150 miles as we traversed the Meseta. Imagine walking from Modesto to Delano albeit Burgos, Leon and Astorga should not perhaps be placed in the Central Valley.

I went and bought a cotton shirt fearing desert like conditions. We maxed out our water bottles and got on the trail by 7:45. We were with the old French guys for a while. They have constant arguments and it slows them down a bit. Fortunately and surprisingly the skies were overcast. We walked in pleasant conditions almost all morning. Just a little rain but that is for later. Spanish lavender and yellow broom were doing their best today.

After a bit of a climb we reached Santa Catalina and stopped for a Cafe and facilities break. Ran into the Nederlander lady (she bristles at the Dutch label since Holland is only two of thirteen provinces in the Netherlands) and the Dublin Irish lady. Compared notes and headed out. No sign of the French girls or many of the usual suspects.

Our guidebooks talked about these small villages as being abandoned with few residents. It seemed to me that there was much restoration of ancient homes underway. I think the revival of the Camino and the tourism traffic are helping to revitalize this area of scrub and tiny oaks.

Reached the supposed ghost town of El Ganso. Did not look like Bodie at all. Mortar was being made and trowels were busy resurrecting stone homes. These homes were the homeland of the Matagatos people. The origins of these people remain a mystery. Some speculate that they are descendant from Goths who converted to Islam. Some say they descend from legendary King Mauegato or because their occupations were primarily associated with mule drivers. The Romans called them mercators or merchants. No one knows where these surviving four thousand folks came from. I guess we could use modern genetic technology to get an answer. I prefer the mystery. Since we saw bright yellow trim that Mozarabs use to ward off evil spirits, I vote for them being Berbers long isolated in these hills.

We did encounter a light sprinkle about 2 Kms form Rabanal. Put our trusty parkas over out packs and were fine. Quite a contrast from the expected hot march. Everyday is different.

We reached the Maragata town of Rabanal del Camino (population 50) around noon having done our 21 Kms and 1200 feet of climbing in a little under four hours. Unbelievable that no racing hearts or pumping lungs required. 1300 kms of training help. We will see how we do crossing Mt. Irago, the highest point in Spain that we will cross. That is tomorrow. Rabanal is associated with the Knights Templar who garrisoned the place in the 12th Century to protect pilgrims traversing the mountains. They are long gone but the Church of Santa Maria across from our Hostal was reputably built by them. A group of Bavarian Benedictines have taken up residence there since the 1990s.

Rabanal oozes history. The pictures say it all. For a place with 50 people, there is muchas activity. The Hostal is comfortable and quaint. I see Mozarab woodwork and style. Maybe it is the power of suggestion. 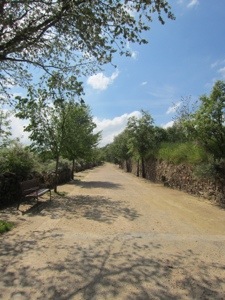 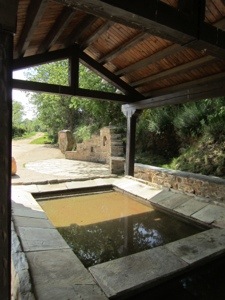 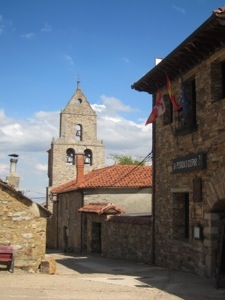 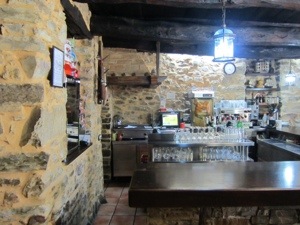 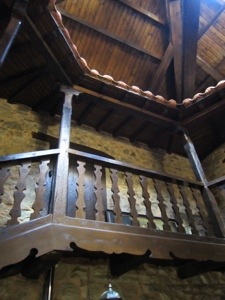 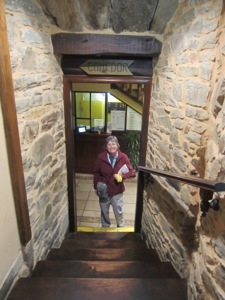 4 thoughts on “The Maragato Mystery”