A Tale of Two Chickens

I am currently in a remodeled medieval pilgrim’s hospice in Santo Domingo de la Calzada in La Rioja. It is important that I set the stage for tale I am about to tell. The room we are in could have been used by the German family since it has been here since that time. It was probably raining at the time just like today. And the town was probably crowded with pilgrims and tourists like now.

On with the story. In the 14th Century, a German pilgrim family entered this town on their way to Santiago. The young son rejected the advances of a local hussy at the inn where the family was staying. The wanton woman then planted a silver chalice in his baggage and ratted him out. He was then hung, as was the custom, on the local gallows. A month later, the parents returned from Santiago (Note: It would take us two months to do the same) and found their son still in the gallows and cheerfully alive. He told his parents to find the mayor to let him down since Santo Domingo had brought him back to life. When the mayor heard the parents out, he told them their son was as alive as the two roasted chickens that he was going to eat. Suddenly dinner grew feathers and other necessary chicken things and started to crow. Needless to say the mayor pardoned the boy. I don’t know what he did with those chickens, but chickens have been housed in a pen in the church ever since.

We visited the cathedral and the chickens. Unfortunately the chickens knew we were Protestant and refused to drop good luck feathers on us. I guess we are lucky they didn’t drop the bad luck stuff either. Interesting to find a town glorifying a hen and rooster. I am sure glad we don’t do things like that in the US other than maybe Graceland. Anyway, Santo Domingo was a rich kid who became a hermit and built a bridge across the Rio Oja for pilgrims to use. Rio Oja eventually gets contracted to La Rioja. This busy builder Saint got royal support and added a hospice, like the one where we are staying. A number of miracles happened in the Domingo’s church and he was sainted. He now sleeps next to the chicken cage in the cathedral.

The builder Santo Domingo de la Calzada (of the causeway) is celebrated as the patron saint of civil engineers and gerontologists. Not sure about what he did for old people. I know. The hotel or hospice, if you like, has radiant heating and is the first structure that we have been in Spain that actually feels warm. Thank you Santo Domingo and your chickens.

We left Najera a little after 8. By 8:30 we had our parkas on and kept them on all day. At first it was showers then the wind. With the air temperature a balmy 6 Celsius ( 45 F) and the wind blowing our face at 40 mph, it was cold. The walk went well up a thousand foot slow incline into the wind. Reached the top to find an empty golf course and a couple hundred empty condos. I guess they were victim of the Spanish housing bust of the last few years. Pretty much downhill into Santo Domingo except a cloudburst caught us by surprise for a few Kms. No time for rain pants. We slogged on.

Stopped at the first bar and got Peggy a Limon and a bathroom. Found our humble abode for the night, the Parador Santo Domingo. The pictures give you an idea of the joint. Remember we were in an Albergue last night. Now it was a nice place. Just not in this league. Much like the municipal Albergue that we heard about from two people. An Irish couple checked in there and checked out a few minutes later. Another pilgrim who shared our table at dinner liked it. She was in bunk number 79 out of 140. They also had two toilets and two showers to share. This same pilgrim lady said she liked walking 12 to 14 hours a day to go 30-40 Kms. By contrast five to six hours gets us 20-24 Kms which is fine. Each to his own Camino.

We visited the chickens and took a bunch of poultry pictures and bought chicken pastry. The sun is shining and I bought a nice bottle of Rioja. Maybe we’ll eat pollo tonight. 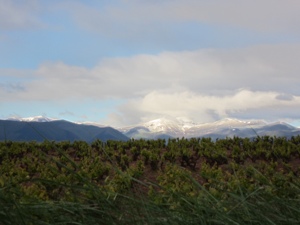 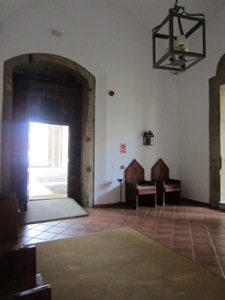 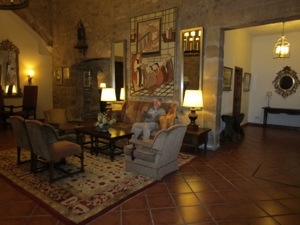 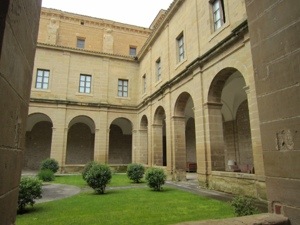 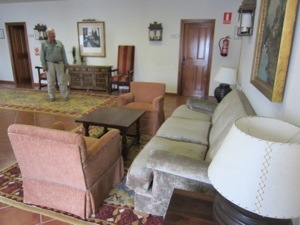 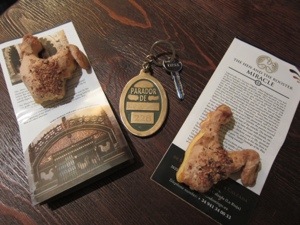 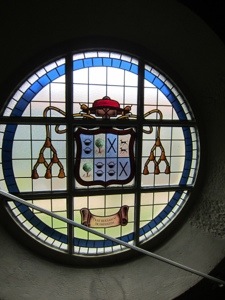 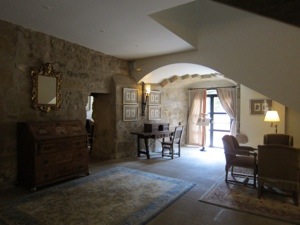 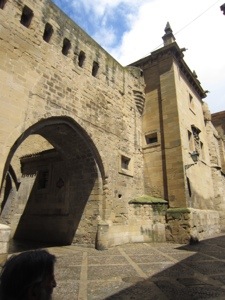 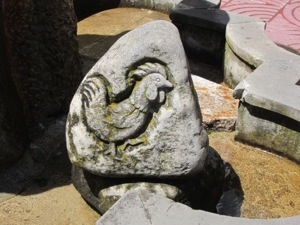 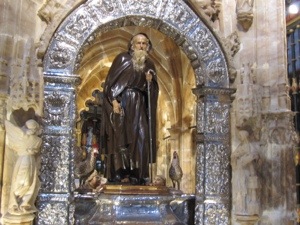 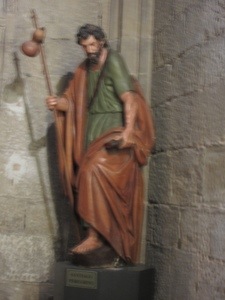 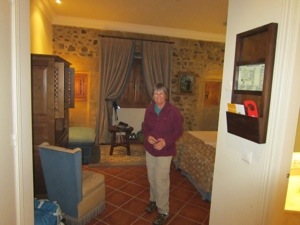 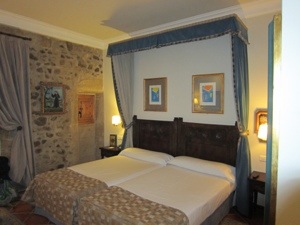 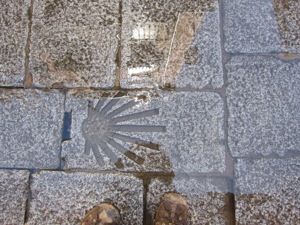 4 thoughts on “A Tale of Two Chickens”