We left the medieval wonders of Moissac shortly after eight. The Abbey deserved a few more pictures of the masterful tympanum and trumeau. Rather frightening images for the naughty to contemplate. Typical of modern televangelists and pre-Gothic art.

Peggy is nursing a slight ankle strain so we were relieved to not have to deal with mud. The way out of town was not readily marked. We found the Canal of the Deux Mers which goes through Moissac while connecting the Mediterranean and the Atlantic. The canal was a great idea in the 18th Century when it was conceived and built. Not such a great idea in the 19th Century with the invention of the railroad. We found the canal and eventually the marked route.

For 15 km we walked along a paved biking and hiking path that ran alongside the canal. The sky was overcast and we had a few light showers. Nothing to be concerned about. Mainly the walking was much easier for Peggy (and me) than trooping through mud. On the walk we would pass folks and then leap frog as people have different needs for the toilette and pack adjustments.

We were somewhat entertained by the canal boats that carry tourists up and down the canal. They have bikes and satellite TV and travel at a leisurely 5 mph. Looks like a great vacation. They used the locks while we were strolling by. Ran into some run down pirate looking boats. They didn’t bother pilgrims. Peggy was waiting for the Johnny Depp character from the Chocolat movie to appear. Happens only in Hollywood.

At lunch we were nearing the point where we were to leave the canal and head south across the Garonne River and to our destination. That is when the fun began. The GR or Grande Route system follows a consistent system of markings. In this region of the Midi, the local association that maintains the markers is somewhat inept or broke. The metal signs are faded to illegibility and the red and white stickers on trees and fence posts are rare. So what should have been a simple left turn to cross the bridge turned into a fiasco.

It is our practice to follow the French when we are not sure about the trail locations. Works well except when they disappear over the horizon. We chose to follow a confident striding young man into a town where the trail to the bridge was supposed to be. He stopped and was shortly joined by us and two elderly male pilgrims. We now have three French guys arguing about the right path. For some reason, they want my input. I pull out my maps. They have theirs. Everyone is gesticulating and I could understand that they were a little upset about the signage since the few French swear words that I know were used frequently.

We finally retraced our steps to the canal and decided to have a picnic. The old guys and another couple and us enjoyed a break. That is a very French thing to do when confused. After a baguette, cheese and chorizo chewing exercise we reached the conclusion to our trust instinct rather than trail markings. Worked out fine. Followed roads to Auvillar, a Spanish sounding French town on a hill.

The town is known for its historic grain market. It was constructed in a circular shape. Not sure how it all worked but evidently farmers would bring grain which was then weighed and bagged under the eyes of officialdom. The historic town is built around this market and that is where our Chambres de Hote was located.

The foyer of the place includes a Harley-Davidson parked nicely next to the creaking staircase. Our hostess showed us the door through the driveway to use if we can’t get in at night. All quite charming.

Our room has a 12 foot ceiling and no known source of heating. We have a giant chest full of down comforters so we will make do. The same old French gents from the GR are in a room next door and still seem to be arguing. The shower was nice but since there is no lock you have turn over the Occupied sign on the door. There is a ten foot tall armoire door that is fortunately locked as I am afraid to find out what is in it. We have a fireplace with no wood but there was a nice corkscrew and glasses in the shared kitchen. The room is stocked with seven and eight year old fashion magazines and number of French dictionaries and some copies of Balzac. We have everything. The rooms are above what appears to be a nice restaurant. We will find out at meal time.

Looks like we will primarily be road walking tomorrow which should be easier on Peggy’s ankle.

This may not get posted today as the Tourist office lady explained that we were in the country. Of course, I could see at least two wifi hotspots while talking to her. Frequently French officials are somewhat useless. See what this evening brings.

Just returned from dinner. We were not sure what to expect. The place was decorated with tables and furniture hanging from the ceiling amidst a large collections of hats. There were a bunch of awards and stuff plastered all over. They knew we were Pelerins and gave us a table in the corner. Two young women, obviously not pilgrims were talking English and ordered Mojitos. I had to know. turns out they were art teachers from James Madison Univ. in Virginia. They were awaiting the arrival of some students to draw and paint in the area. What a perfect job for a former neighbor who teaches drawing to ingrates. Nice dinner and back to our room that is only rented to pilgrims according to JMU people. New adventure every day. Good night. 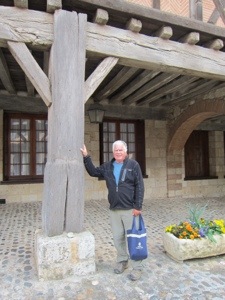 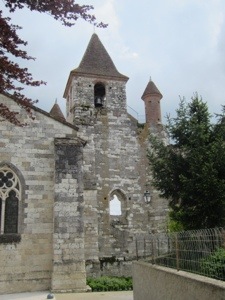 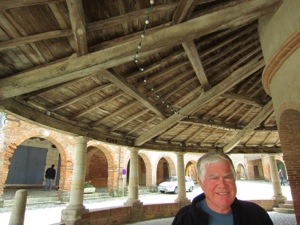 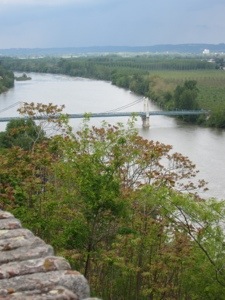 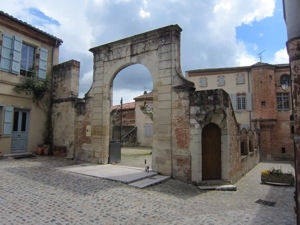 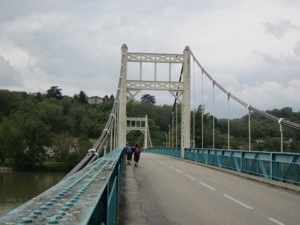 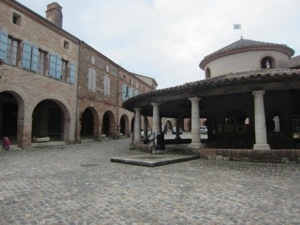 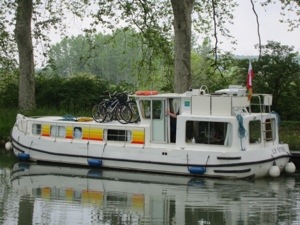 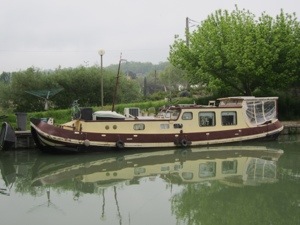 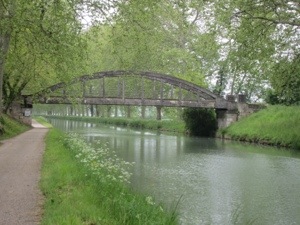 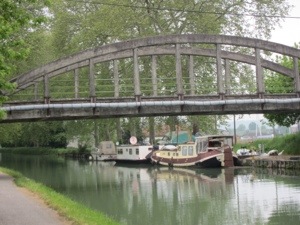 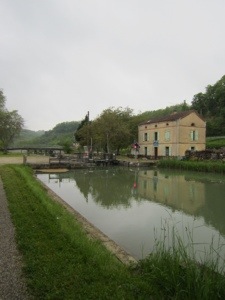 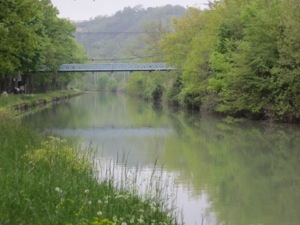 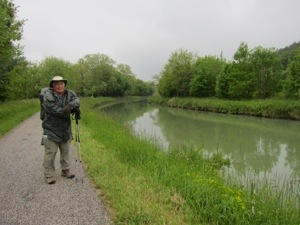 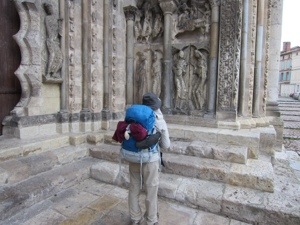 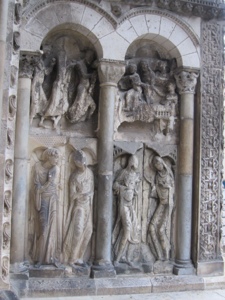 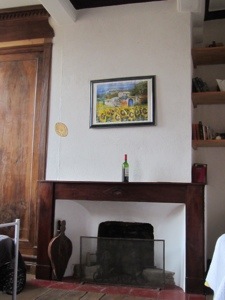 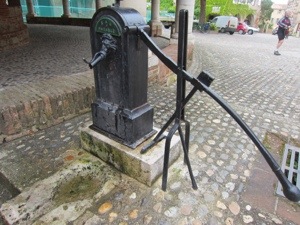 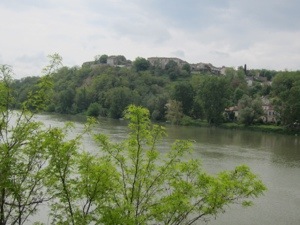 One thought on “Canals and French Arguments”