A Fork in the Road

In Conques we reached one of those forks in the road. Many of our traveling companions called it quits in Conques. The jolly French lady group was one of these who had completed their hiking adventure. One Australian couple were heading to Vienna on the train. Another couple from down under are hiking to Figeac which is about two days from Conques. They will be leaving the Chemin and going to bike in the Loire Valley. Richard and Marie will be a day ahead since they need finish France before catching a plane home on May 2. By way of contrast, our schedule calls for us to finish France on May 18. And Peggy thought I pushed.

We have enjoyed a relaxing day in Conques doing not much. Some remorse watching former companions take to the trail while we laze about. An hour for coffee outside the bar. Some time in the Tourist Office since it was actually open. Of course there are laundry needs and a blog and planning tomorrow’s hike but that is routine. Had a delightful lunch on a terrace. I enjoyed gizzards for the first time. Mostly we walked around and took pictures.

The town is in a time warp. The economy is based upon French tourism sprinkled with occasional foreigners including a rare American couple. The restaurants, souvenir shops and boutiques make up the shopping. I have no idea where they buy food. We are back in the Abbey for the night and planning a nap before visiting the treasury with the relics.

We attended the matins service last night after dinner and understood the Alleluia part. Language isn’t much of a barrier in a thousand year old spiritual environment.

I am not going to bother commenting on the pictures. You just need to know that they were taken in Conques. I think many of the homes could have been designed by Abe Still. Fun just to try and figure how they constructed these places stacked one upon one another in a crazy quilt pattern. Peggy said it would make a great jigsaw puzzle.

It is now almost five and we have enjoyed a nap. A rarity on the trail. Had to visit the church treasury museum. Discount for pilgrims. Relics are tough for Protestants, especially the plaster skull containers with the cute little latches. St. Foy (Saint Faith) was an early fourth century martyr whose bones were swiped by a mole from the Conques church. He was undercover in Agen and spirited off with the saint’s bones in the middle of the night to Conques. Her bones are wrapped in gold and jewels in a glass case in the treasury. She was not very big. Among the cool relics is the right arm of St. George, the original dragon slayer.

Returned to the church of St. Foy in the day light. Magnificent remnants of ancient wall paintings. Also witnessed a place that is still very much alive. A group of men were practicing a Capella in the wonderful stone acoustics. There was also a three year old girl who delighted in blowing out votive candles until her father stopped the fun. 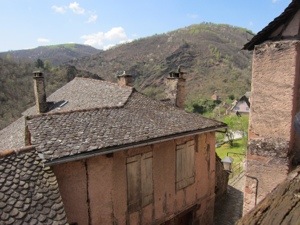 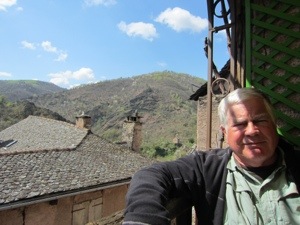 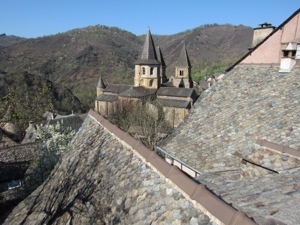 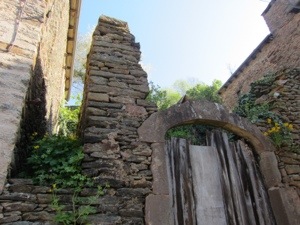 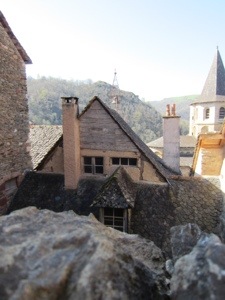 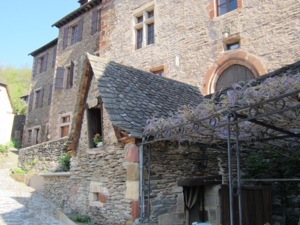 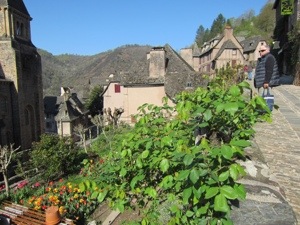 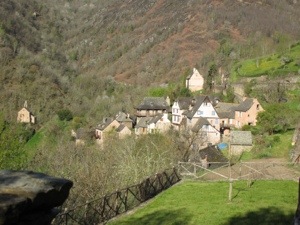 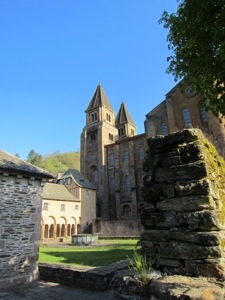 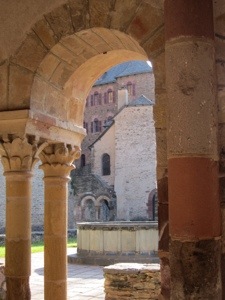 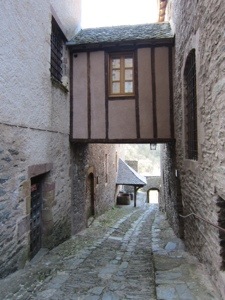 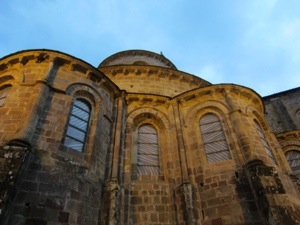 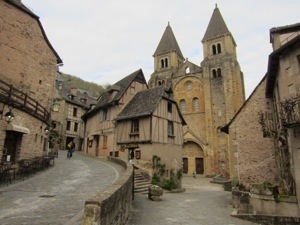 4 thoughts on “A Fork in the Road”