Ever since I began researching this adventure I have heard that crossing the Aubrac mountains in the Spring was fraught with danger. Pilgrims getting lost in snow storms. Torrential rain and hurricane like winds would blow hikers off the mountain. Even the lurking Le Bête could be an issue.
Instead the hike was long but like a long walk in the park. Piece of cake.

We were planning on an easy 10 km walk to Nasbinal and stopping. At breakfast we got the weather report that a storm might arrive tomorrow. Perhaps we would get caught in one of those maelstroms that I can read about. We decided to go for crossing the highest part and to reach the mountain village of Aubrac before beginning our descent into the River Lot region.

After climbing a couple of hills we reached this boulder strewn region. Our first encounter was a young man from Salzburg on his way to the French coast near Spain. He had studied classical guitar in Salzburg and was paying for his voyage by working as a street entertainer. 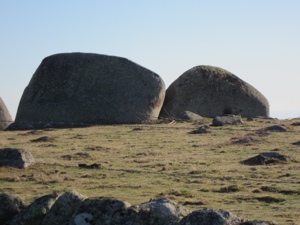 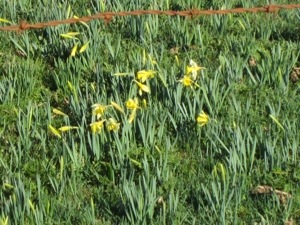 The weather was great and Peggy had plenty of chances to photograph the wildflowers. There were fields of daffodils and white crocus flowers everywhere. Ran into the ugliest, scraggliest turkey we had ever seen. So awful looking that no one would ever think of eating him. Also ran into a young guy from the Netherlands who passed us by. He was recovering from a leg injury sustained earlier on the trail.

Made Nasbinal by 10:30 and had a sandwich and a mineral water. The bar owner needed to run to boulangerie for a fresh loaf of bread. It was great. On the trail again after a few more pictures. 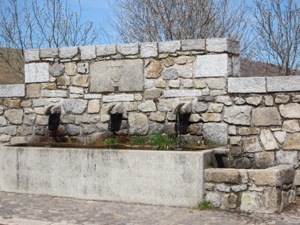 Wandered upwards through cattle pastures and rock walls. The sun was shining and the trail was easy. Although I was continuously warned not to step on one of the billion or so crocuses. Finally we were getting close to Mt. Aubrac which we had built up in our minds to be at least as high as Mt. Kilimanjaro. Bit of a let down when we passed by this hummock of a mountain. There was snow but we didn’t have to walk through it. 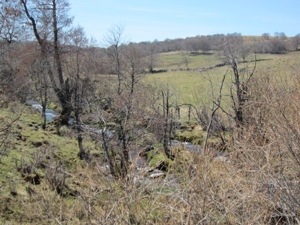 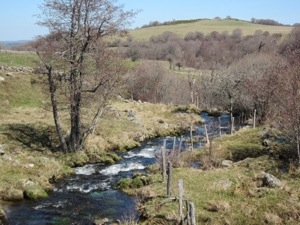 Had an apple on a rock and took a short rest. Noticed another young man striding by. Said the standard Bonjour and he replied but not in French style. Turns out he was a German sent to make me take back my unkind comments about the Deutsch. Since his English was much better than his French, he wanted to talk. He had been doing his pilgrimage since early March from his home near
Nuremberg (the irony continued to build as his home was the center of those parts of the German personality that I find the most objectionable). He had walked through the Swiss Alps and was on his way to Santiago. We conversed about normal voyager topics and compared the locale with other places. I knew he was making miles but I was able to keep up with him. When we would get a hundred or so yards ahead of Peggy, I would stop and explain that I needed to wait for her. He just stopped and waited with me. This must have happened a half dozen times. Still working this out. 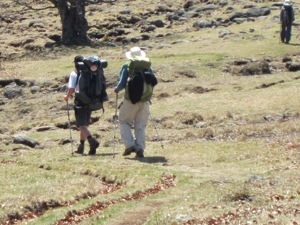 The German kid and I. We reached our destination and parted shaking hands.

Reached Aubrac and did not stay in the Royal Aubrac, a former sanatorium. We are housed in a hotel under restoration by a local guy who used to have a restaurant in San Diego. Brian would love what this guy is doing. It is right out of Dwell magazine. Peggy took a few pictures. 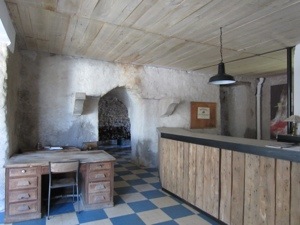 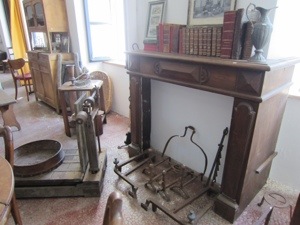 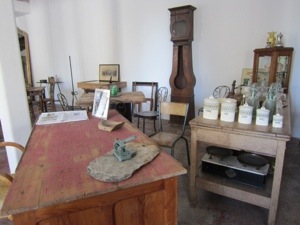 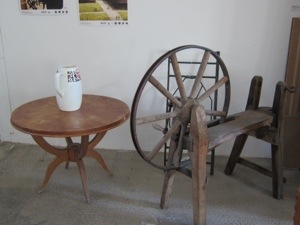 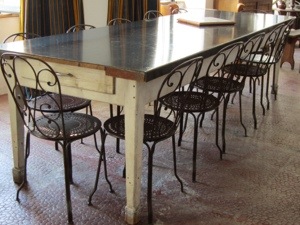 The hotel had been vacant for 30 years. A gigantic project but at least no faux prints to paint over.

2 thoughts on “Over the Top”