The original plan called for a day trip to Tangiers. It would have been too much so we decided to visit the most extant, historic Moorish neighborhood in Europe. Of course there are huge Muslim communities in places like Paris but these are 20th Century phenomenon. So in our quest for authenticity we explored the back streets of Granada.

First stop were the Moorish baths which still operate but I forgot my swim suit. Not sure why the swim suit requirement so I was disappointed. 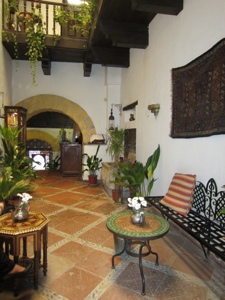 Next stop was the Holiday Inn for camels and their drivers. This caravanserai was the last to shut down. Not sure if they ran out of camels or what. The joint was closed today so we had camels today. 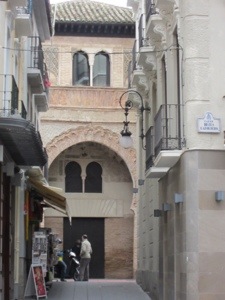 No bath, no camels but the

market was open. The original burned down in the 19th Century but was rebuilt. Full of all the stuff you would imagine to find in a souk. 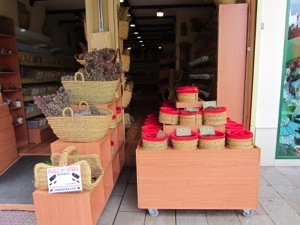 The cathedral was built on top of the city mosque. It was a tight squeeze. Had to look from the Moorish market to see much. Maybe there was a message.

The royal palaces of the Spanish kings are next to the church. Cool pebble designs in the walking areas. Had to get in our quota of stairs so we hiked up to the Alhambra where we will spend the bulk of tomorrow.

Returned to the city center and headed for the Moorish quarter that contains the city concentration of hippies, gypsies and North Africans. Good gelato with views of the Alhambra and plenty of stairs.

Heavy duty door in this neighborhood. 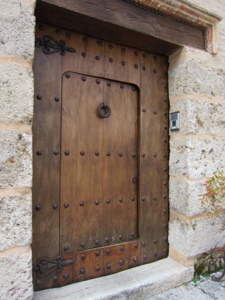 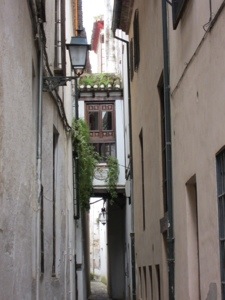 Finally, on our walk back to the hotel we got a good shot of the Sierra Nevada mountains outside Grenada. Reminds me of home.

In the bath with nothing to do.